A quadruple amputee who had two thirds of her lung removed earlier this year has completed the world’s largest triathlon in London.

Corinne Hutton finished her first triathlon on Sunday in a time of one hour, 52 minutes and 22 seconds, despite having major surgery just four months ago.

The 47-year-old from Renfrewshire in Scotland lost her hands and feet in 2013 after septicaemia, a type of blood poisoning, nearly killed her.

The disease also scarred her lungs to the point where she needed surgery. 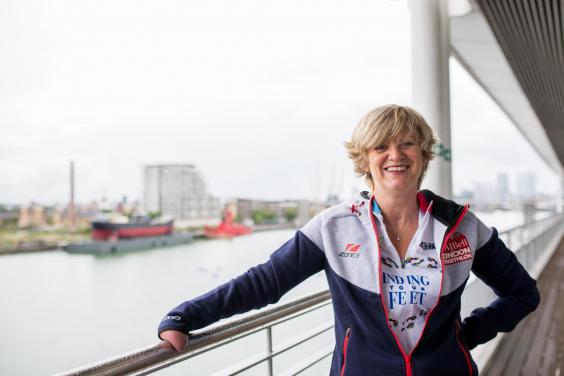 She was racing in aid of the charity she founded, Finding Your Feet, which helps families affected by congenital limb difference or amputation.

“I’ve had a few setbacks during my training, going through an operation where I lost two thirds of my lung, so it’s been hard,” she said.

“It was my first triathlon and the nerves did set in but I absolutely loved the challenge.” 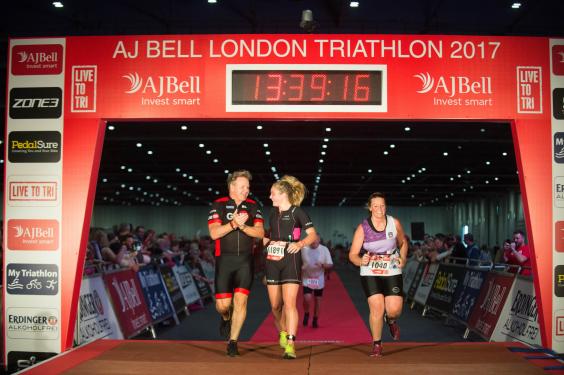 Since losing her hands and feet she has climbed Ben Nevis, learnt to fly a single engine propeller plane, and abseiled off a multi-storey building.

Around 13,000 people took part in the sporting event, including TV chef Gordon Ramsay, who entered in relay with his daughter 15-year-old Tilly to raise money for Great Ormond Street Hospital.

The family finished in a time of one hour, 48 minutes and 18 seconds.