A 22-year-old man who edits his video projects using his feet has been named London’s best young vlogger.

Isaac Harvey beat more than 1,000 people from the capital and Essex to become this year’s Vlogstar Challenge champion.

He has a form of limb hypoplasia, which affects development. To record his videos, he either straps a GoPro camera to his head or directs someone else.

He then uses his feet to edit. “I do it all myself,” he said.

“The text, colour correction, cutting, and I put it all together and online.

“I definitely love editing because of the creative control I have.”

Mr Harvey said winning was “overwhelming” and that he believed “something good will come of it”.

A panel of judges from the Media Trust, the Jack Petchey Foundation, YouTube, Vidsey and the Evening Standard voted Isaac’s video blog the best out of 15 finalists at an event held at Bafta in Piccadilly last week.

Mr Harvey, who celebrated his 22nd birthday on the day of the final, won £500 worth of filming equipment with his entry, Hard Work (It Pays Off…). 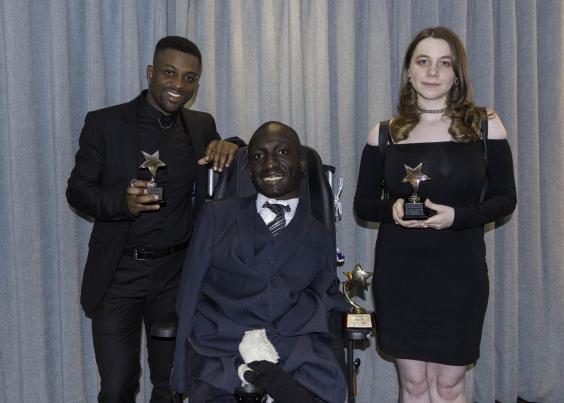 He will also receive one-to-one mentoring and advice from experts at YouTube. Redbridge Youth Council, the organisation that encouraged Mr Harvey of Ilford to enter, will receive £2,000 in funding.

Now in its second year, the Vlogstar Challenge aims to inspire, engage and support young people to ensure the stories of their contributions to society are heard.

Thousands of 16 to 25-year-olds from London and Essex attend workshops, developing the skills necessary to become vloggers.

The campaign is run by the Media Trust and the Jack Petchey Foundation, in partnership with YouTube and the Standard.

Mr Harvey does not want his condition to define him, and hopes that others will be inspired by his vlogging. “Whatever you want to do in life keep at it,” he said. “Keep working hard because it will get you somewhere.”