Sarah Ferguson was back in the papers on Monday over claims she had helped organise a birthday party for young Harper Beckham at Buckingham Palace. Ferguson must be fed up always being in the midst of these stories. The former wife of Prince Andrew and mother to Princess Eugenie and Beatrice indeed told The Londoner in rather strident terms a couple of weeks ago that she is sick of the media painting her in a poor light.

At a society summer party, when The Londoner introduced ourselves to Sarah, she castigated us for not knowing how she occupies her time.  “When you walk a day in my shoes, then you can ask me ‘What are you doing now?’” Gulp. “Oh sorry, silly me,” said The Londoner. “I haven’t kept up — is it Slim Fast?”

Like a schoolteacher scolding an unruly child, the carrot-topped former royal began to fizz with rage. “For someone like me — be careful, my advice is: I will respect you but you have to respect me. I’m an ambassador for the British Heart Foundation, I’ve written 56 books, I’m a film producer, I’ve made an Oscar-winning film (The Young Victoria) and I’m a philanthropist, I’ve built 128 schools in Africa, but don’t worry nobody knows — bad Fergie sells papers.” The Londoner thinks she’s selling herself short: she also had a cameo in an episode of US sitcom Friends.

As The Londoner quivered, Ferguson bore down on us. “I need you to go find out what I do, darling. Do your research and then you can talk to me,” she said.  Erm, I think we’ll pass, it was stressful enough the first time.

A round robin from Zac Goldsmith, who today stands to be chair of the Environment, Food and Rural Affairs Committee. This week he wrote an email to fellow MPs stating he was the man for the job. “There’s no doubt that few areas of policy will be more significantly affected by Brexit than food, farming and the environment. Those changes present big risks and big opportunities.” He fails to say that he backed what brings around these “big risks”, but there we are. 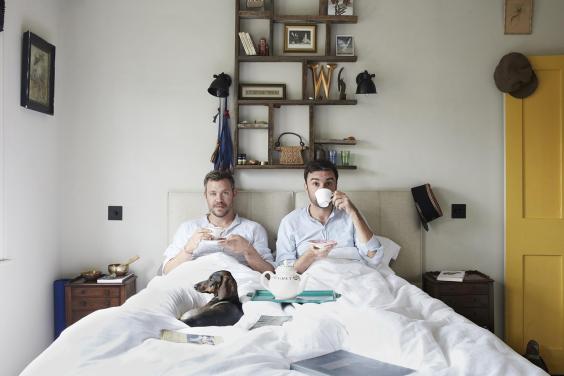 In bed with Will: Will Young and Chris Sweeney

Singer Will Young had The Londoner over to his Wandsworth abode last night to toast his new LGBTQ+ podcast. Titled Homo Sapiens, co-hosted by Young’s filmmaker pal Chris Sweeney and inspired by the pair’s love of Woman’s Hour, it will be released on July 25 to coincide with the 50th anniversary of The Sexual Offences Act 1967. “It was just us having conversations with people we wanted to talk to really,” Young said of guests including Owen Jones and Russell T Davies. “We also felt that there’s a place for it, and we’re amazed that it hasn’t been done before. There’s endless people we can talk to. Sandi Toksvig is our target, but she’s very busy. And we’re heading for Michelle Obama.” 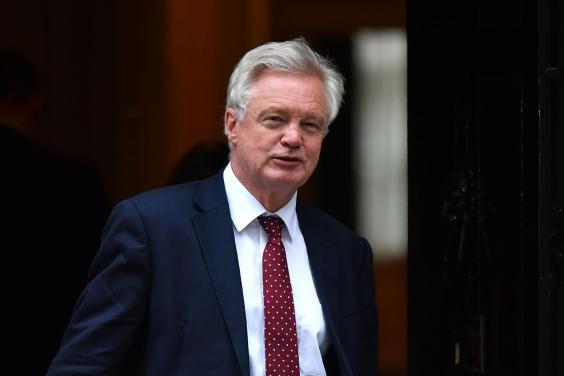 ‘I don’t think anybody will follow us down this route’

David Davis, speaking to a Select Committee on the EU, says he thinks it is unlikely that another European nation will be copying the UK any time soon. Funny that.

Spike Lee hits the dance floor at The Tate

Rumours that shadow home secretary Diane Abbott boogied on the dance floor with Tate director Maria Balshaw can’t be confirmed but they were at the after-party of the opening of Soul of a Nation: Art in the Age of Black Power launch. The Tate Modern exhibition shines a light on the vital contribution of black artists to a dramatic period in American art and history.

One partygoer who we can confirm was busting some moves on the dance floor was Malcolm X director Spike Lee — he did his best dad dance alongside a young show-goer.

The Londoner was surprised to hear the Taxpayers’ Alliance brand a forthcoming party for EU officials in Brussels later this year as “alarming” and “extravagant”. The eight-hour bash will include 700 bottles of wine and is expected to cost almost £50,000. Two large open bars will serve two different types of prosecco,  which must be kept at “a good temperature”. The Londoner is appalled: with that budget, couldn’t they stretch to champagne?

Guy could use a genie 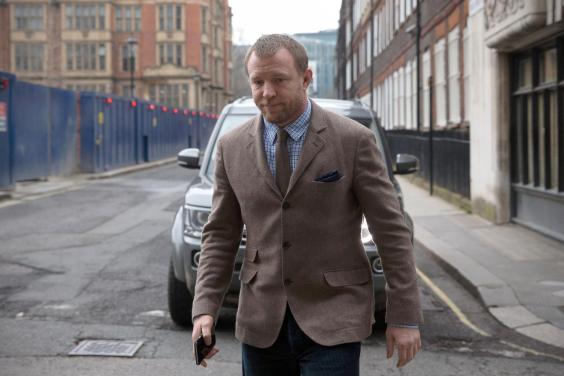 Poor Guy Ritchie. Earlier this year his adaptation of King Arthur sank at the box office, and now his live-action version of Aladdin has run into problems. The director of Lock, Stock and Two Smoking Barrels just can’t seem to find the right man to play the street rat-turned-prince.

Back in March, Ritchie put out a casting call seeking a man of Middle-Eastern descent between the ages of 18 and 25. Despite these specifics, 32-year-old actor Riz Ahmed and Dev Patel, whose parents are Indian, were rumoured to be the studio’s top choices. But the bulletin also stated a July start date for production which, according to The Hollywood Reporter, will now be pushed back due to the small problem of the complete lack of a leading man.

“Around 2,000 actors and actresses have read for the lead roles of Jasmine and Aladdin,” The Hollywood Reporter claims. “But finding a male lead in his 20s who can act and sing has proven difficult.”

Don’t they have a lamp they can rub?

“Unfortunate side-effect of the scandal is this period-comma-apostrophe bullshit from the New Yorker.”

Congrats of the Day: acerbic Sunday Times columnist  Camilla Long has given birth to a baby girl. The proud mum doesn’t have a name for her: she’s just called Squeak for now.

Pen is mightier than the sword 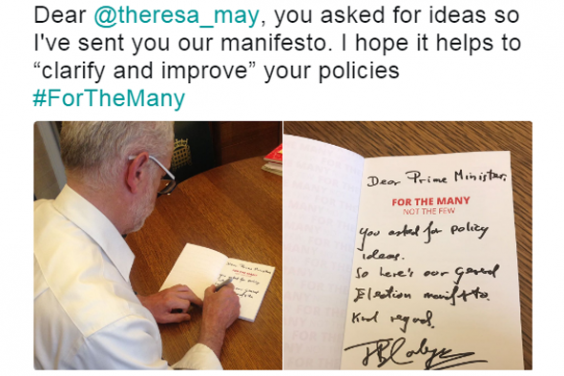 Manners maketh the Labour leader. Jeremy Corbyn chose not to hit back at Theresa May’s call for cross-party co-operation: he wrote back with an ink pen. “Dear Theresa May,” he wrote. “You asked for policy ideas so here’s our general election manifesto. Kind regards, Jeremy.”