Lord of the Rings actor Andy Serkis has mocked Donald Trump by reading out his tweets in the voice of Gollum.

The star, who voiced the computer-generated character in all three films, reprised the role on a popular American chat show.

Leaping onto the sofa, he got into character to read a few of the president’s most inane Twitter rants, including the infamous covfefe incident, which he mocked: “Wait, what’s covfefe precious?”

His performance on The Late Show with Stephen Colbert sent Twitter users into raptures, with one calling it “pure genius”.

The host,a self-confessed Lord of the Rings superfan, couldn’t contain his glee as he sat with his hands cupped, grinning and looking wide-eyed at the star. 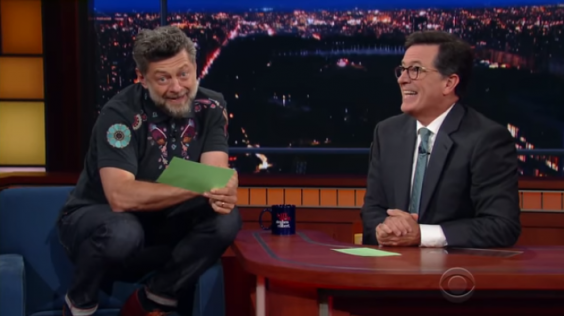 “I’ve got to say, they actually sound better that way,” quipped Colbert. 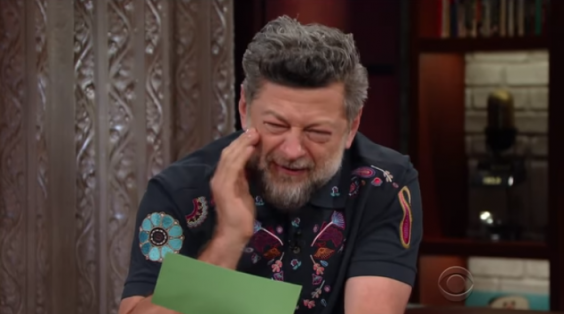 “The look on Stephens’ face when Andy Serkis was reading Trump Tweets as Gollum PRICELESS @StephenAtHome” added another.

The performer was appearing on the popular chat show to chat about his latest project, War for the Planet of the Apes.

Donald Trump has been a regular target for late night TV shows, including Jimmy Kimmel and Jimmy Fallon amongst those who have mocked the president.