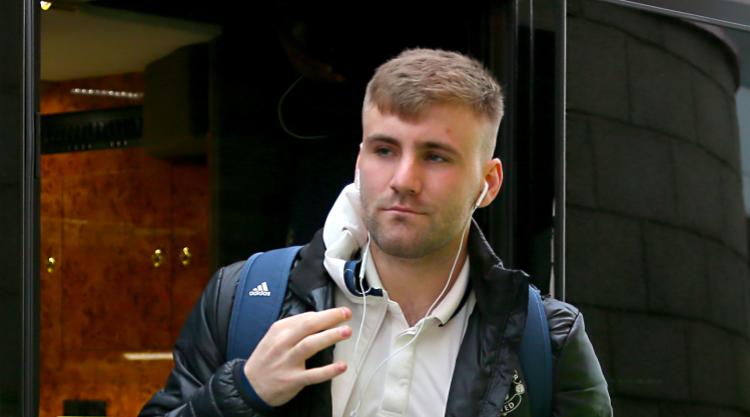 Luke Shaw has seen another summer dominated by rehabilitation but the Manchester United left-back is relishing the challenge of getting back to full fitness and into Jose Mourinho’s starting line-up.

Rather than relaxing on a sun lounger, the 22-year-old has again spent much of his break working hard with the club’s medical staff at the Aon Training Complex.

Shaw returned early to pre-season last year in a bid to hit the ground running following a horrific double leg break and this summer has followed a similar pattern after sustaining ligament damage in his foot.

April’s injury brought an abrupt end to a resurgent spell that had looked unlikely when Mourinho called into question his commitment and focus, only for a tense meeting to bring around the chance to win over the United boss.

The fact the Portuguese does not appear set on signing a left-back this summer bodes well for Shaw, who is working on his recovery alongside his team-mates on United’s pre-season tour of the United States.

“It’s hard work but enjoyable at the same time and I think that’s what we need, especially when I want to be out on the pitch with the boys training and playing.

“I am feeling really good and I’m confident that I’ll be back soon and fighting for my place in the team.

“I’ve spent my summer training, of course. It’s part of my life, it’s my job at the end of the day.

“Whatever I’ve got to do, I’ll do, especially to get back on the pitch.

“I am used to it with my leg break as I was in all the time. With this one, I’ve been in the same time. It doesn’t really bother me.

“I had a week at the start but my main focus is to get fit for the season.”

Shaw is back on the treadmill as his rehabilitation continues under the watchful eye of Mourinho.

The United boss last week suggested, perhaps inadvertently, that the England international was part of a group that could be out for another three or four months.

But judging by his progress and positivity, it seems Shaw will be back before that – even if he did not want to say when he would return.

“To be honest, I don’t really know what my timescale is at the moment,” he said. “I think day by day, sort of we take it as it comes.

“We’re pushing to be back as soon as possible, but within reason to how it feels.

“You don’t want to come back too soon and something to happen.

“I am feeling really fit and positive, so who knows what time?”

Shaw is undertaking much of his rehab alongside Ashley Young, who is also recovering from injury in the US.

Both players were interested observers as United kicked off their pre-season tour with a 5-2 win against the Los Angeles Galaxy, given the pair would slot nicely into the wide roles that would come with the back three chosen by Mourinho

“I think that formation is a very good one when it’s worked on,” Shaw added.

“Jose can play any formation, he’s got the tactical mind to play each one.

“This is another great one that we can work and it could come in handy sometime in the future.”