A gang of bikers who caused carnage on a “Mad Max-style” Halloween rampage have been jailed.

More than 100 riders, many of them masked, brought chaos to Leeds city centre as they roared through the streets and along pavements on motorbikes, scooters and quad bikes for more than four hours.

Thirteen bikers have been handed prison sentences of between 12 months and two years for their roles in the pre-planned ride-out on October 31 last year.

David Armitage, who organised the event through social media, was filmed encouraging “carnage” and telling riders to “shut down” the city centre.

The lawlessness and fear caused by the rampage led witnesses to compare the scenes to Mel Gibson film Mad Max. 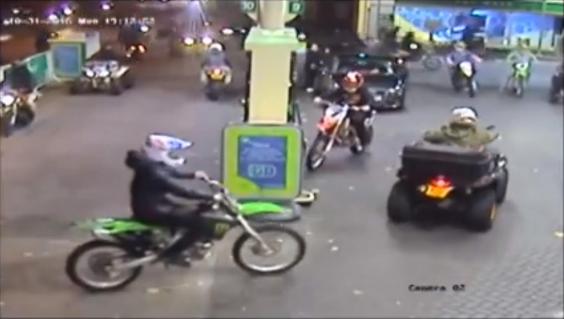 The bikers brought chaos to the streets of Leeds (PA)

Sentencing the bikers at Leeds Crown Court on Tuesday, Judge Geoffrey Marson QC said: “This is a case which calls for a deterrent sentence.

“Behaviour of this sort, having serious effects on this city, cannot be tolerated.”

Some of the riders were not wearing helmets and some were wearing face coverings including Halloween masks. A number of the bikes did not have licence plates.

Riders were seen speeding, weaving in and out of vehicles, riding on pavements and in bike and bus lanes. They raced through pedestrian-only areas and red lights, rode on the wrong side of the road, and performed wheelies and other stunts.

One group of riders drove through a narrow, pedestrianised shopping arcade in the city centre, with one quad bike crashing with a motorcycle and injuring the rider’s leg.

Bikers were seen riding on pavements towards groups of children out trick-or-treating, while customers at a supermarket were unable to leave and the store was forced to close early out of safety fears. 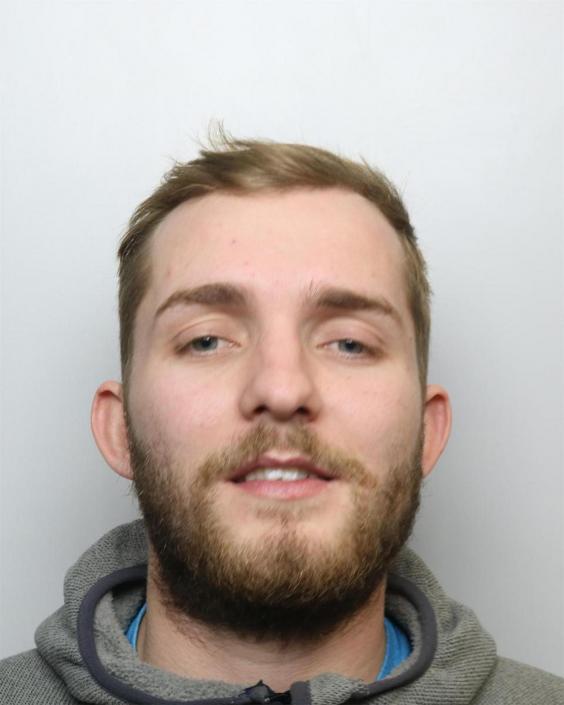 One woman reported that she was unable to cross the road with her disabled son, who had a seizure as a result of the noise.

Police received around 160 calls from the public and closed a section of Kirkstall Road for several hours.

Judge Marson said the bikers were “causing danger and serious inconvenience to citizens”.

He added: “This was a planned event, organised through the use of social media.

“I have seen CCTV and mobile phone recordings showing the chaos that ensued in this city over a period of more than four hours.”

Armitage, who did not take part in the event due to injury but was shown encouraging the riders on a Facebook live video, claimed the ride-out was to raise money for the family of 17-year-old Sophie Smith, who was murdered by her 18-year-old partner.

He purported to have raised about £400 but the court heard the family had received no money and did not want to be associated with the event.

“It seems clear to me that the reality is that that was no more than an excuse for a large, unlawful gathering in the city,” said Judge Marson.

“It’s perfectly obvious from footage that there came a time in which you, Armitage, were organising matters in order to shut down the city centre.

“You were clearly enjoying the chaos which ensued.”

Speaking outside the court after the sentencing hearing, Superintendent Matt Davison, of West Yorkshire Police, said: “I think that the sentences passed today will serve to be a really useful deterrent going forwards.”

He added: “The footage is quite clear; the lawlessness, the fear that was caused.

“We got 160 calls on the evening, people were branding it as this ‘Mad Max style ride-out’ or this ‘motorcycle mayhem’.

“[It was] very, very dangerous and I’m just absolutely delighted that no-one was more seriously hurt.”

Since the rampage, Leeds City Council has secured a landmark injunction banning anyone from participating in anti-social driving involving two or more vehicles in any public place in the city.

Anyone found breaching the order, which was granted for five years in January, can be arrested.

The sentences handed to the 13 bikers, all from Leeds, involved in the Halloween ride-out were: