An emergency rescue operation has been launched after around 40 Army cadets got into difficulty during a training exercise on a mountain in Northern Ireland.

The Army cadets – aged between 12 and 17 – were climbing the Mourne Mountains when they were caught in poor weather conditions.

A “major emergency incident” was declared and Coastguard, ambulance and helicopter crews were called to the scene.

According to the Ministry of Defence, 43 young people and 10 leaders were in the group. 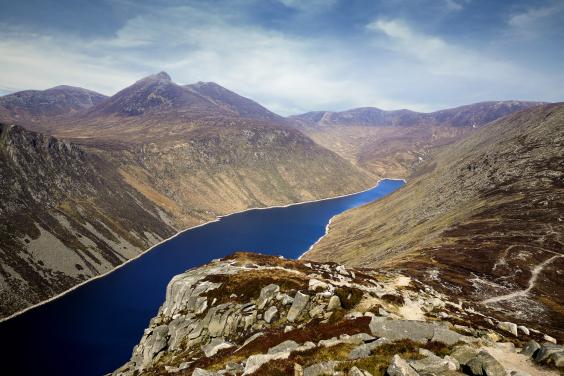 Mourne Mountains: The cadets were taking part in a training exercise (Shutterstock)

But the Coastguard posted on Facebook that all members of the group had been accounted for. Some required treatment for minor injuries.

“PSNI and Northern Ireland Ambulance Service contacted UK Coastguard just before 12pm today requesting assistance after receiving several reports that a large number of people were in difficulty after being caught out in inclement weather,” the Coastguard said.

“Initial reports suggest that all members of the group are accounted for, however four people may be suffering from exposure.”

According to the Press Association, young people from Middlesbrough were at their annual camp in Northern Ireland, carrying out adventure training and cultural visits.

A total of five walkers suffered ankle injuries and another four were treated for exposure to the elements.

They are all being helped off the mountains by members of the emergency services.

The mountain rescue team said: “At the minute there is no one in difficulty because they are all being looked after.

“At the minute it is nothing out of the ordinary. Everything is under control and within normal team procedure.

“At present the members of the group are being guided by the team to nearby road access.”