Malnourished Syrian animals abandoned in a theme park near war-torn Aleppo have been rescued by an animal rights charity.

The animals were left to fend for themselves in an amusement park called Magic World as the country was ravaged by civil war.

Many of the animals within the park died of malnutrition.

Animal Welfare group Four Paws made it their mission to rescue the desperately thin animals. 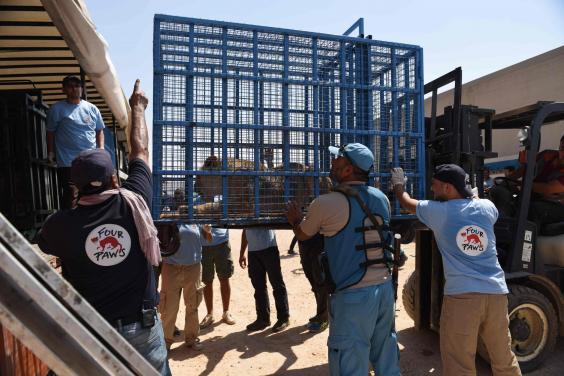 In total two tigers, three lions, two black Asian bears and two hyenas were taken from the park and transferred to an animal protection centre in Turkey.

The end destination for the animals is not yet known, as Four Paws will decide this once they have returned to full health.