A Los Angeles man has been arrested for arranging the smuggling of three highly-venomous king cobra snakes into the United States – hidden inside potato crisp tubes.

Rodrigo Franco, 34, was charged after a parcel from Hong Kong was intercepted by US Customs and Border Protection agents in March containing the two-foot-long snakes concealed inside the packaging.

He faces a maximum of 20 years in prison if convicted. 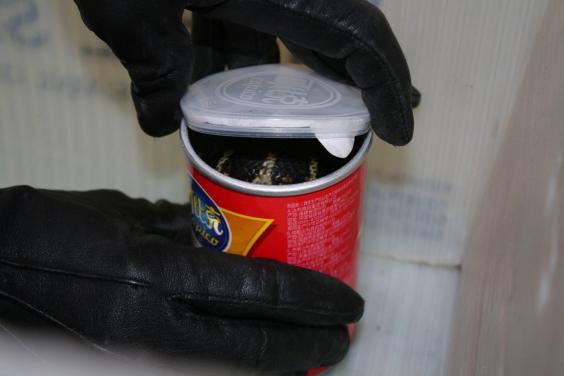 A king cobra snake seen hidden in a container (REUTERS)

The king cobra is the longest venomous snake reaching up to 18 feet in length.