A man who launched a “frenzied” knife attack on his housemate after an argument about loud music has been convicted of manslaughter.

Richard Wilson-Michael, 29, had got into a heated argument with father-of-one Kyle Maher, 21, at their address on Drakefield Road before stabbing him with a knife.

A teenage guest in the home – believed to be Kyle’s fiance – tried desperately to prevent the attack but he, was pronounced dead in hospital.

The court heard how, in January, Wilson-Michael confronted Kyle and asked him to turn the music down in his room.

The discussion escalated, before Wilson-Michael went to his room and returned with a knife, saying: “Do you know who I am.” 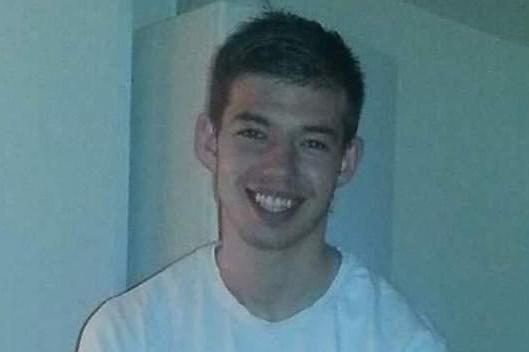 The argument went no further but days later, on Saturday 21, Kyle went downstairs and became involved in a heated confrontation with Wilson-Michael.

When Kyle’s fiance, a 17-year-old girl, heard the argument she ran down and found Wilson-Michael repeatedly stabbing him.

As she frantically tried to fend him off she was stabbed in the hand and arm, leaving her with restricted movement in her hand.

Police rushed to the scene but despite the best efforts of officers and paramedics, Kyle died of stab wounds to the heart and neck.

Wilson-Michael was arrested and admitted fatally wounding Kyle but claimed that he acted in self-defence.

He was convicted of manslaughter by reason of diminished responsibility as he was suffering from an abnormality of the mind at the time of the offence. He ws also convicted of GBH.

Detective Chief Inspector Tony Lynes said: “This was a frenzied attack on a young man with his whole life ahead of him.

“He had a 14-month-old child and had recently got engaged to his girlfriend and for such a petty dispute to escalate into a fatal attack is tragic.

“I would like to pay tribute to the officers who attended and did their best to save Kyle, and to the second victim who tried desperately to prevent the attack on Kyle.

“Finally I would like to pay my respects to Kyle’s family whose loss has been painful and beyond belief.

“I hope today’s verdict will go some small way to helping them to moving on.”