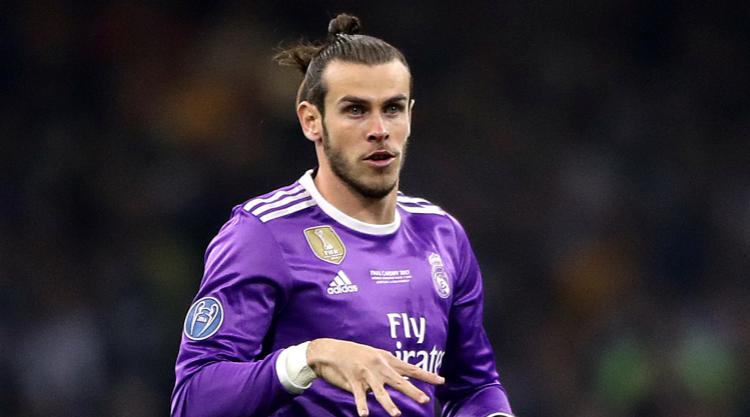 Manchester United did not target Gareth Bale this summer as Jose Mourinho believes it would have been a waste of time.

It is four years since the Wales international left Tottenham for the Bernabeu in what was a world-record move.

Three Champions League titles suggests it was the right deal for club and player, but success has not stopped regular talk of a move back to the Premier League – and in particular United.

The 28-year-old recently dismissed such speculation and Mourinho insists Bale was not a summer target, saying it would be “mission impossible” just like a move for Cristiano Ronaldo.

“Yeah, the same (as Ronaldo),” Mourinho said ahead of facing his former club in the International Champions Cup in Santa Clara.

“No (he was not on my list of targets). “No, because you have contacts, you have feelings, you understand things.

“I think it was clear that Bale likes Madrid, likes the challenge, likes the situation. He’s in a club in a very good situation now.

“I never felt a desire from him to leave, so why lose time and energy on that? No.”

Instead United have pushed on with what they considered more realistic targets, bringing in Benfica defender Victor Lindelof and Everton striker Romelu Lukaku.

“You know, names is difficult for me because as you know the players belong to clubs, the players they are in pre-seasons,” the United boss said.

“The managers, the owners, they are not happy if you speak about them. The same as me.

“So I say nothing, I just keep saying the same because I never hide.

“My plan for the team, for the evolution of the team in this second transfer window for me – because the transfer window of last December we didn’t use that – I told you that my plan was to get four players, to give balance to the team in all the different areas.

“To make a better squad, but with the development of the market, you know, I was getting the feedback from Mr Woodward, I was analysing myself from distance because I never get involved.

“But from distance, it is easy to feel that I repeat the same, the market is very difficult.

“If the club has no chance to give me the four players, then (so) be it. I like my group, I like my players and I go with them.

“But I still have the hope I can have a third player, who know a fourth but at least a third.”

“No chance for the beginning of the Premier League,” Mourinho said of the trio’s recovery time.

“Luke Shaw is the first one to recover, Marcos will be the last one and Ashley in between.

“I have to say the group is really strong, really together and for them important for them to be with us and not in Manchester working alone.”