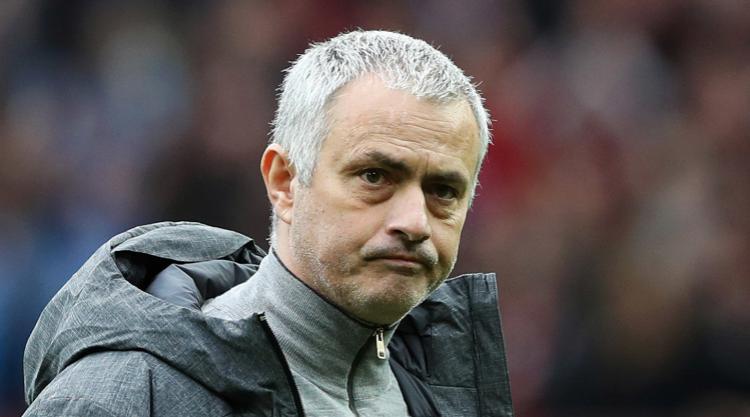 Alvaro Morata is bound for Chelsea rather than Manchester United but Jose Mourinho does not care having wrapped up a deal for “amazing” striker Romelu Lukaku.

Just weeks ago it had appeared that the Real Madrid frontman would be heading to Old Trafford, while Lukaku would return to Stamford Bridge three years after joining Everton.

Instead, United gazumped Chelsea to the signing of their former player and Antonio Conte’s men have now agreed a deal for Morata, subject to a medical and personal terms.

Mourinho last week admitted to having a “special liking” for the Spain international after giving him a chance when Madrid coach, yet seeing him join a Premier League rival does not stick in the craw.

“I am not interested in what Chelsea Football Club does, really,” the United boss said in Houston. “We needed a striker, yes. We needed with Zlatan (Ibrahimovic) in his best conditions, we needed one to give cover, to give options.

“Him and Marcus (Rashford) was not enough and especially after Zlatan’s injury.

“We got a big player – a player that I can compare with what he was a few years ago because he worked with me a few months four or five years ago.

“His development was very, very good, so we think we have a player that is now a top player in Europe.

“He has to prove it at the highest level, there is always that point. Now he has to do it for Manchester United, in Champions League matches but I think he has amazing qualities.

“I think it was obvious Chelsea would sign a striker, especially after the situation with the manager and Diego (Costa).

“It was clear that they were going to get a striker, they did it with Alvaro and Alvaro is a very good player for them.”

Lukaku followed Benfica defender Victor Lindelof into a club that is still active in the market, with Chelsea defensive midfielder Nemanja Matic, Tottenham’s Eric Dier and Inter Milan winger Ivan Perisic all been linked with them.

Mourinho would ideally like to sign a further two players but has come to the terms with the fact only one may arrive in this inflated market.

“The problem is with us is we have four players that cannot play football now, not even training,” Mourinho said. “It looks like our group is big but it is not because they can’t ever train and the time for their recovery is really long.

“Marcos (Rojo) has no chance before December, as an example, so our squad is not so big.

“Everybody knows because I said it, very objective I would like four players and asked for four players.

“With these three, I just give a better balance to the team, to the squad and better conditions to compete.”

The comments could be construed as a dig at Inter over the tense Perisic transfer negotiations, or perhaps Manchester City ahead of Thursday’s International Champions Cup clash.

Kyle Walker is set to make his first City appearance at the Houston Texans’ NRG Stadium – the first Manchester derby on foreign soil – having arrived from Tottenham in a deal that could reach Â£50million.

Asked if that sum had surprised him, Mourinho said: “It doesn’t surprise me, really.

“It doesn’t surprise me because I keep saying there is big economic power in every club that allows the clubs to say no or to say, ‘You pay what I want or you don’t get it’.

“But I am sure that they knocked on Spurs’ door and were told, ‘This is the price’. If you don’t pay, you don’t get .

“There is a difference between good players and big players, and now the figures go really crazy also for normal players.”