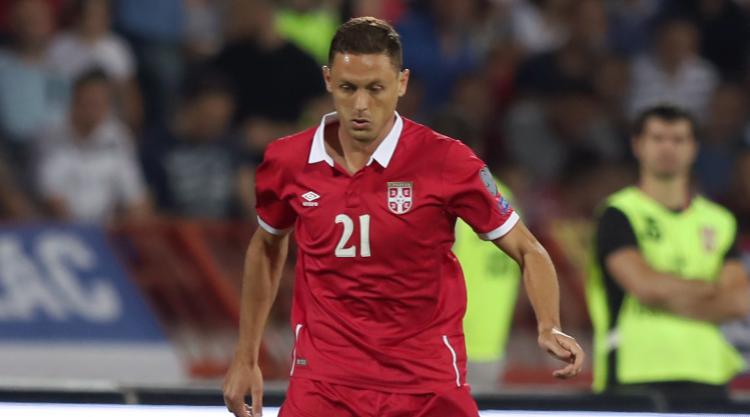 Manchester United now have the second-tallest squad in the Premier League as Jose Mourinho continues his makeover of the side.

United’s three major summer signings to date are all comfortably over six feet tall, with Nemanja Matic standing at 6ft 4in, Romelu Lukaku 6ft 3in and Victor Lindelof 6ft 2in.

Their arrivals take the average height of United’s players to around 6ft 1in, on a par with the tallest sides in the Premier League.

To enable a more precise comparison, a conversion to metres and centimetres is necessary – United’s average is 1m 84.5cm, just a couple of millimetres shorter than West Brom – whose manager Tony Pulis is noted for his adherence to a physical style of play – and a millimetre taller than Crystal Palace who rank third.

Matic and Lukaku are, of course, familiar to Mourinho from his time at Chelsea and their additions at United are part of an ongoing trend.

Upon his arrival in 2016, United had only the seventh-tallest squad in the top flight and his predecessor Louis van Gaal had complained about their lack of height, particularly when it came to set-pieces.

It is also consistent with Mourinho’s way of working, with previous spells at Chelsea and Real Madrid seeing him work with powerful midfielders such as Michael Ballack and Sami Khedira – Serbia star Matic is formed from a similar mould.

Chelsea were second to Stoke in average height when Mourinho left for the second time in 2015. By the start of last season they had dropped to the middle of the pack, averaging 5ft 11in, while United climbed to fourth as their new manager brought in Paul Pogba, Zlatan Ibrahimovic and Eric Bailly.

Ibrahimovic left at the end of the season after suffering a long-term injury – he has been linked with a return once fit, though the signing of Lukaku may mitigate that need – but this summer’s business means that six of Mourinho’s seven signings as United boss are over six feet tall. The one exception, winger Henrikh Mkhitaryan, is 5ft 10in.

Liverpool measure in at 1m 81.1cm on average while United’s local rivals Manchester City, even after signing six-footers Ederson and Danilo this summer, have the lowest average height in the top flight at 1m 79.7cm (5ft 11in).