An innocent man who stood trial for the murder of Rachel Nickell has spent every penny of the compensation he was awarded for being wrongly accused, it has been reported.

Colin Stagg spent 13 months in custody and endured more than a decade of speculation that he was guilty of the young mother’s brutal killing in Wimbledon Common in 1992.

He was freed in September 1994 by an Old Bailey judge, who criticised police for using a “honey-trap” undercover policewoman to try to make him confess to the murder that took place 25 years ago this week.

In 2008, he was awarded £706,000 compensation from the Home Office for the bungled investigation – a sum he described as “like winning the lottery”. He received a further £45,000 from publishing deals and other payouts.

But it has now emerged  the cash has run out.

Mr Stagg told The Sun: “I spent like there was no tomorrow. I bought vehicles for me and my girlfriend. I treated myself to clothes, jewellery and expensive guitars.

“After decades without a holiday, we took three or four a year.

“I was making up for lost time, doing the things I should’ve done in my youth if it hadn’t been blighted by Rachel’s murder.” 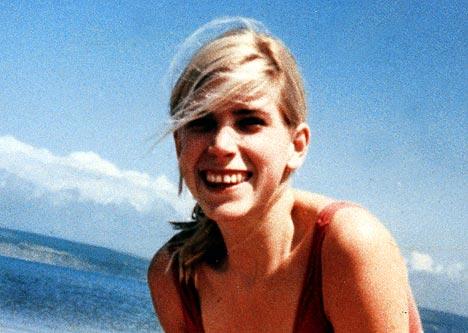 Among his purchases was a fleet of expensive cars, including Range Rover, a classic XJS Jaguar, and ‘his and hers’ Kias for himself and his girlfriend.

Robert Napper pleaded guilty Ms Nickell’s manslaughter on the grounds of diminished responsibility in 2008. He sexually assaulted the 23-year-old before stabbing her 49 times as she walked through the park in a crime that shocked the nation.

Napper had already been convicted of a 1993 double killing.