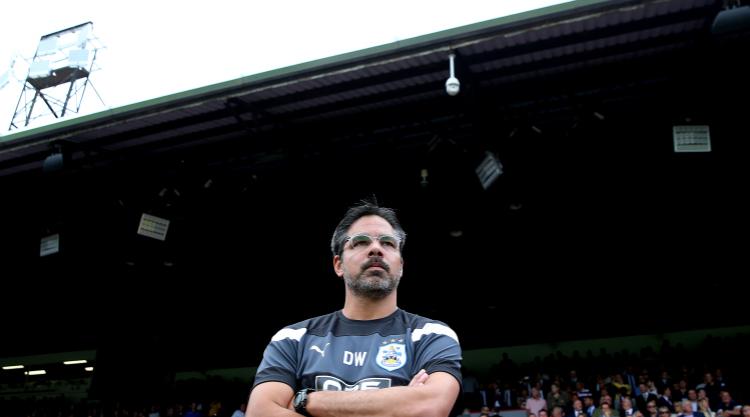 Huddersfield manager David Wagner laughed off his side’s ascent to the top of the Premier League after their 3-0 victory at Crystal Palace.

Despite widely being considered contenders for relegation, appearing in the Premier League for the first time in their history and returning to the top flight after a 45-year absence, they excelled at Selhurst Park to secure a significant win.

However after an own goal from Joel Ward and two finishes from club-record signing Steve Mounie gave Huddersfield the fine start they will likely need in what could yet become a difficult season, Wagner refused to be too upbeat.

“I can’t take that seriously,” the 45-year-old said after laughing. “Let’s just focus on our performance, which was good, and the result was excellent. Nobody is looking at the table.

“We should not look too far ahead. We should focus on what we have seen and that made me very happy. You cannot moan if you play your first game in the top flight in 45 years and you win 3-0 away. We know we were very clinical and had bit of luck when they missed chances.

“With the togetherness and fighting attitude we had, and the idea to keep them away from goal by pressing them as high as possible, we were brave enough to try to press them high and over the game our game plan worked.

“I said beforehand we will stick to our identity and idea. This means you have to show togetherness. We were clinical: it was a great debut for Steve Mounie and we had a great goalkeeper (Jonas Lossl) and that helped massively. Did I expect this result? No, but i hoped it could happen. This makes for a wonderful afternoon.”

For every way in which it may have been wonderful for Wagner, it would have been a concern for De Boer.

In his first competitive match as manager since being sacked after 85 days by Inter Milan, Palace were flat and unusually low on confidence after conceding a poor opening goal, when Ward turned in Mathias Jorgensen’s ball in the 23rd minute.

Mounie doubled the visitors’ lead three minutes later, and Tom Ince would have scored a third before Ward’s timely intervention shortly after that amid a 15-minute period De Boer believed cost them.

“We lost the game in 15 minutes,” said the Dutchman, 47. “We started quite well and then after 10 minutes we made the wrong choices and we were pulled back. From there they got a corner and scored.

“They were the team with the most opportunities at that moment. But it was just down to making the wrong decisions. After 15 minutes we did exactly what we were supposed to do and then we had control of the game.

“Until the 3-0 we were very close to making it 2-1. If we had done that, then I would have been confident we would have at least got a point.

“I saw some very good things but we have to understand the game doesn’t last 75 minutes. If just in those 15 minutes you don’t do what the game asked of you, you get punished.”