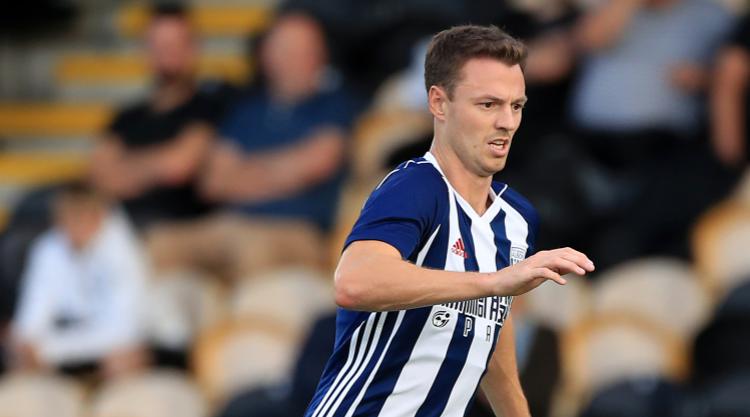 The former Manchester United player could join the small number of players to have appeared for both City and United if a deal can be agreed with the Baggies.

According to several reports, West Brom have turned down an £18million bid from City for the 29-year-old, after a £10million offer from Leicester was also rejected.

City boss Guardiola said last month he was hoping to have a bigger pool of centre-halves to choose from, with John Stones, Nicolas Otamendi and Vincent Kompany his current senior options.

Eliaquim Mangala is not in favour at City, and has been linked with Inter Milan. Guardiola is thought to see Evans as a more reliable option at the back, given his wealth of Premier League and European experience.

Evans began his career in England with Manchester United and went on to make almost 200 appearances in all competitions for the club, winning three Premier League titles and two League Cups.

He fell out of favour under former United boss Louis van Gaal and departed Old Trafford to join West Brom for an undisclosed fee in the summer of 2015.

West Brom have made clear their intention to keep hold of Evans, and boss Tony Pulis appointed him captain following Darren Fletcher’s move to Stoke earlier this summer.

Leicester’s interest earlier this summer prompted Pulis to say in July: “Jonny Evans is staying at West Bromwich Albion Football Club. There is no doubt about that.”

Players to have played for both City and United include Peter Schmeichel, Andy Cole, Carlos Tevez and Owen Hargreaves, with Denis Law perhaps the best known for appearing both in red and sky blue.