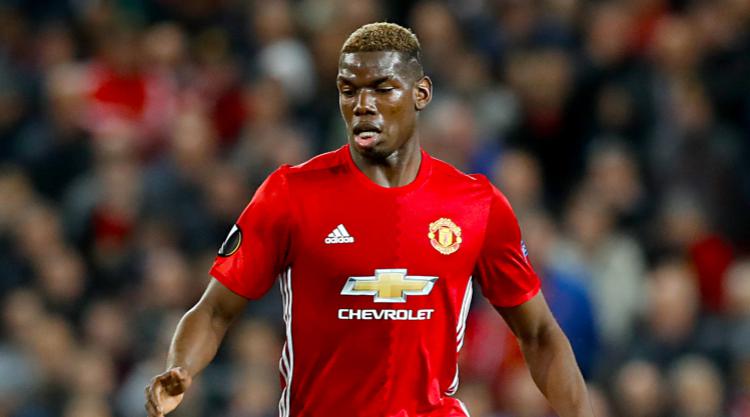 Their graduates racked up more than twice as many top-flight minutes played as the next best academy.

Players who finished their youth careers in the United academy were on the field for a total of 44,055 minutes in the study. Tottenham were second, with a total of 21,668.

The Red Devils’ reputation for developing home-grown talent extends back to the ‘Busby Babes’ of the 1950s and continued through the ‘Class of ’92’ group which played a part in the United side that dominated domestic football in the 1990s and won the treble in 1999.

Our study, using publicly available data from soccerway.com, shows that the United academy is still the number one producer of top-flight talent in England.

In their own line-up, France midfielder Paul Pogba – who rejoined United last summer in an Â£89million deal – racked up 2,609 minutes while England internationals Marcus Rashford and Jesse Lingard played 1,702 and 1,367 minutes respectively.

The biggest contributor to Tottenham’s total who still plays for the club was Harry Kane, with 2,536 minutes played in a season disrupted by injury.

Manchester City graduates managed 16,226 minutes to place the club third, but almost all of those were played by players who have moved on from the Etihad Stadium. Kelechi Iheanacho (526 minutes) was the only City youth product to feature in their first team in the Premier League under Pep Guardiola all season.

Of last season’s European qualifiers from the Premier League, Liverpool are the only one not to feature in the top 10, ranking 17th in the study with 8,753 minutes.

League One champions Sheffield United made a surprise appearance in the top 10, finishing eighth on 13,564 minutes – one place and 119 minutes ahead of Chelsea. Full-backs Kyle Walker (2,704 minutes) and Kyle Naughton (2,718) featured extensively for Tottenham and Swansea respectively, with Harry Maguire playing 2,306 minutes for Hull and fellow centre-back Phil Jagielka 2,250 for Everton.

The only club from outside England to feature in the top 10 were Dutch side Ajax, who were 10th. Graduates from Barcelona’s La Masia finishing school made the 12th-biggest contribution, while the largest representation from outside Europe came from the youth set-up at Argentinian giants River Plate.

At the other end of the scale, relegated Hull produced the fewest minutes of any Premier League team – just 501, shared between their own players Josh Tymon (325) and Jarrod Bowen (176).

The Tigers were the only club not to have a graduate feature for any other top-flight team and their youth products also lagged over 1,000 total minutes behind those of Watford, the second-lowest ranked Premier League club in the study with 1,513 minutes. Almost exactly half of the Hornets’ total came from Manchester United winger Ashley Young (757 minutes), with the rest from their own players led by Adrian Mariappa (561).