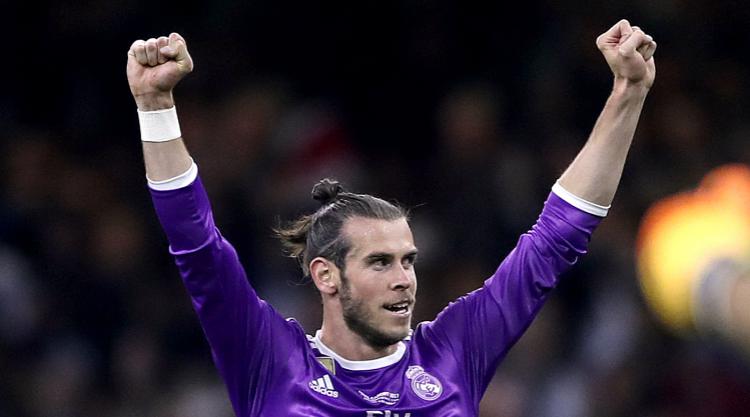 Manchester United manager Jose Mourinho is ready to “fight” for Gareth Bale’s signature if Real Madrid leave the attacker out of the UEFA Super Cup.

Skopje plays hosts to the annual clash between the winners of the Europa League and Champions League on Tuesday evening, with both sides looking to kick the campaign off with silverware.

Bale is part of the 24-man squad in Macedonia for the match, but speculation continues over the Wales international’s future.

There have been suggestions in Spain that Madrid are willing to part company with the 28-year-old as they move for Monaco’s Kylian Mbappe, giving hope to long-standing admirers United.

Mourinho recently said it would be impossible to bring in Bale, but is now ready to pounce on any softening on their part.

“If he’s playing tomorrow, well, no I wouldn’t think of that possibility of signing on (Bale),” the United boss said in Macedonia ahead of facing his former club.

“If he is playing tomorrow, it is because he is in the coach’s plans and in the club’s plans and because he also has that ambition to continue in Real Madrid.

“So I haven’t even thought of the possibility of signing him on our team.

“If he’s not in the club’s plans, if what you are writing right now is true – I am not sure whether it is or not – that the arrival of another player (would) perhaps (mean) Gareth would be on his way out.

“If he is on his way out of Real Madrid, well, I’ll try to be waiting for him on the other side and try to fight with other coaches that would also like to have him on his team.

“But I think that if he plays tomorrow, it is probably the best confirmation that they’ll keep counting on him during the season.”