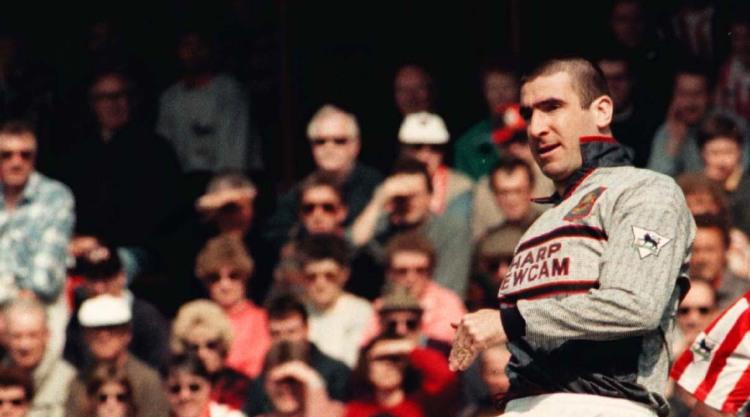 Manchester United have unveiled a new third kit in grey, the first time they have used the colour since the team’s memorable half-time shirt swap in 1996.

United have released images of the new fan-designed strip, which features a silhouette of the ‘Holy Trinity’ statue of Sir Bobby Charlton, George Best and Denis Law, but the most striking aspect for fans whose memories stretch back 21 years is the familiar hue.

United were wearing their grey shirt for the fifth time when they took on Southampton on April 13 1996 and went in at half-time nursing a 3-0 deficit.

A furious Sir Alex Ferguson ordered his side to swap to a blue and white kit during the break, with bright sunshine seemingly rendering the shirts hard to make out at distance.

United took just one point from their five matches in the kit and Ferguson said at the time: “The players don’t like grey strip. The players couldn’t pick each other out. They said it was difficult to see their team-mates at distance when they lifted their heads.

United, who went on to win the Premier League title, were fined by the Football Association as a result, with Ferguson quoted as saying it was “the best £10,000 I ever spent”.

Explaining the process behind the latest design, United said: “All submitted kits were voted on by fans in a ‘battlemode’ that saw the most popular kits shortlisted to a top 100. The winners for each club were then chosen by an expert panel of some of the clubs’ most iconic players and a design by Aniello Carotenuto came out on top at United.

“The kit, which will be worn during the 2017/18 season, represents the powerful bond between the team and our fans. The light grey shirt is designed with a graphic showing the silhouette of the famous ‘Holy Trinity’ statue outside Old Trafford. The statue of club icons Sir Bobby Charlton, George Best and Denis Law represents a golden era for the club and this unique history was the inspiration for the new third kit.”