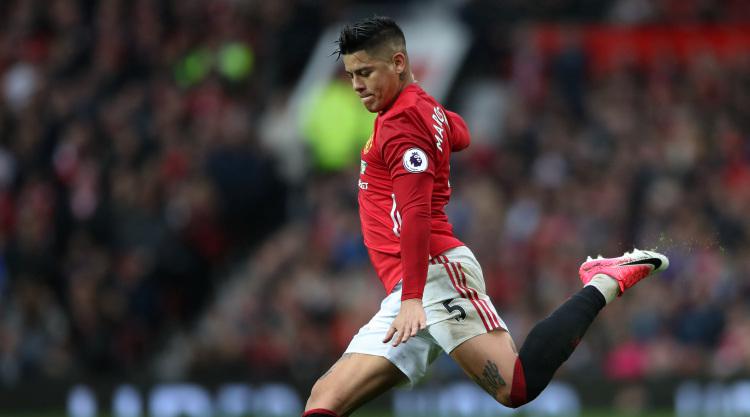 Marcos Rojo trained with Manchester United on Tuesday as he continues his recovery from knee ligament damage, while two other first-team players also gave manager Jose Mourinho a boost.

Argentina defender Rojo suffered the injury in April but travelled with United on their pre-season tour of America and also went with the squad to Skopje for the Super Cup with Real Madrid.

Mourinho said last month that Rojo “has no chance before December” and that may remain the case, but United made a point of showcasing his presence at training.

The Premier League leaders shared a Twitter gallery of pictures with the caption “back at it on the training pitch” and then followed it up with “who do we have here?” along with images of Rojo.

In what is further good news for Mourinho, Luke Shaw and Ashley Young also trained with the first-team squad on Tuesday.

The pair have had long-term injuries, Shaw with his foot and Young with a groin, and Mourinho had not expected them back until September and October.

But they played in an under-23 draw with Swansea on Monday night and United confirmed their return to the first-team squad in a tweet this morning.