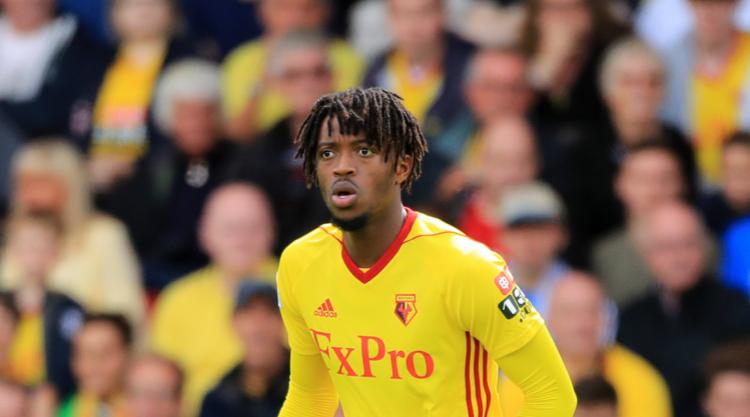 Marco Silva is keen to keep Nathaniel Chalobah out of the spotlight after he became the first Watford player to be called into the England squad in a decade.

Chalobah, 22, arrived at Vicarage Road in the summer having joined from Chelsea.

The midfielder has started both of the Hornets Premier League matches so far and has been called up by England boss Gareth Southgate despite only making his top-flight debut last season.

Ben Foster was the last Watford player to be named in the senior squad back in 2007 while on loan from Manchester United.

Luther Blissett and John Barnes are the only other two players to be capped by England while turning out for the Hertfordshire club.

Now Silva wants to control any exterior pressure added to Chalobah – who is likely to once again start as Watford host Brighton on Saturday – since his first call-up was announced on Thursday.

“At this moment we talk about this player, his last game was his second in the Premier League,” the Watford boss said when asked about Chalobah’s call-up.

“We have to be calm with him and we can’t put all of this pressure on the boy and of course with games he will improve faster, I’m sure of that.

“But first he needs to win his place in the 11 and to show every day here, and like the others he will improve.

“Everything is new to him now, I don’t want to talk about where he needs to improve but the most important thing is that he is really open to work and when this happens, with the quality he has, things go in the right way.”

Silva also believes Chalobah’s climb into the senior England set-up so soon after linking up with Watford proves he took the right decision to leave Stamford Bridge.

“For me it is clear, all players they are able to go with the national team if they play in their clubs,” he said.

“It is obvious, he took an important decision in his career when he left Chelsea to come here and play with us, that was the moment for him to work and improve and win his place in our team and then afterwards see what happens.

“He was a young boy with a lot of years at Chelsea and it was not easy to leave his club and take this decision but he took it.

“It is an important decision and I hope in the future everyone will see he took the right decision for his career and he stays here so we can help him to improve.”