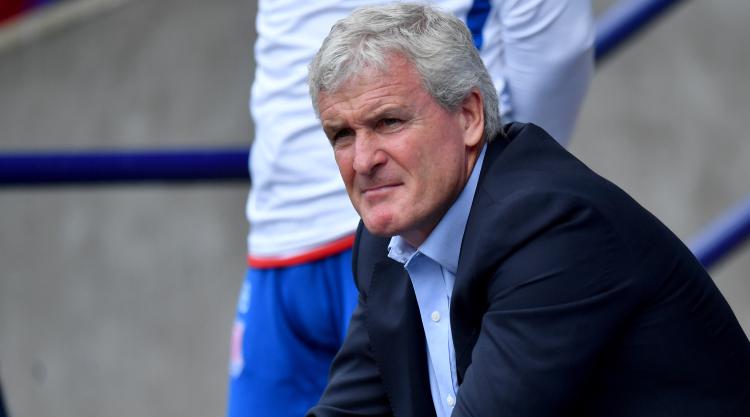 Manager Mark Hughes is confident Stoke will offer on-loan Paris St Germain frontman Jese Rodriguez the perfect platform to show why he is one of Europe’s elite players.

The 24-year-old, who came through the youth ranks at Real Madrid, has signed for the Potters on a season-long loan just over a year after costing the French club almost £22million.

Jese failed to make an impact at PSG, scoring just once in Ligue 1 before a temporary switch to Las Palmas during the January transfer window.

Hughes could well hand the Spaniard his Premier League debut when Arsenal head to the Bet365 Stadium for Saturday’s early evening kick-off.

Jese spent nine seasons at the Bernabeu, scoring 12 goals in 62 league appearances, most of them as substitute, and was part of the Champions League-winning squads of both 2014 and 2016.

Hughes remains positive of just what he can bring to a Stoke squad which has seen the likes of Marko Arnautovic and Joselu both move on during the summer.

The Stoke manager said at a press conference: ” I think we can give him a platform here to really enjoy himself.

“Everyone is excited to see him play. He is an elite player, a top-level player and you don’t get too many opportunities to bring players like him to the club, so when you do you should enjoy it.”

Stoke have been busy in the summer window, with the likes of Darren Fletcher, Kurt Zouma, Maxim Choupa-Moting, Bruno Martins Indi and Josh Tymon all now on board for the new campaign.

Hughes is “excited” by the squad he has been able to assemble as he targets a response from their opening 1-0 defeat at Everton.

“It is always the case in transfer windows that you want to be stronger at the end than the start,” he said.

“If you look at the players we let go I would argue that we have only let go of one who would be a regular starter. The rest would be squad players, but we have replaced them with starters.

“If you compare and contrast with last season I believe we are much stronger.”

Arsenal have also strengthened with the Â£46million arrival of striker Alexandre Lacazette from Lyon, while defender Saed Kolasinac looks a solid addition following a free transfer from Schalke.

The Gunners kicked off the new campaign with a penalty shoot-out win over Chelsea to lift the FA Community Shield at Wembley and then secured a dramatic 4-3 victory over Leicester in the Premier League’s opening match.

Hughes, however, is hoping a new-look Bet365 Stadium, with a corner in-fill to increase capacity up towards 30,000, can help his players rise to the challenge.

“It will be interesting to see how the sound reverberates around. When we were training in it yesterday it feels like a new stadium,” he said.

“When our fans get behind a team there is no more intimidating place than here.”