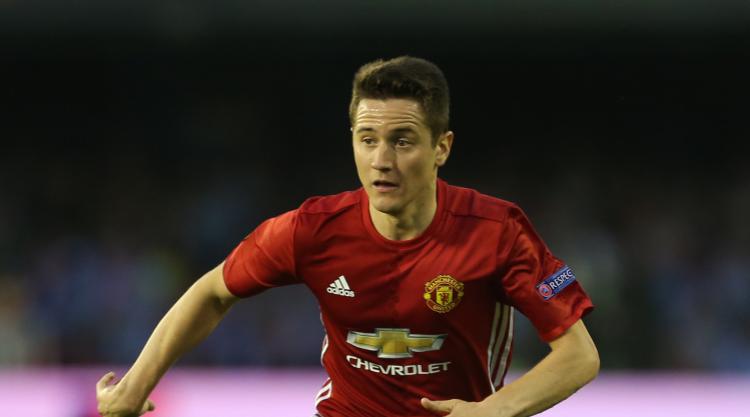 Nemanja Matic knows Manchester United will need to win at places like Stoke if they are to become Premier League champions.

Jose Mourinho’s men started the league campaign with three comprehensive victories but found life hard on the short trip to the bet365 Stadium on Saturday and had to settle for a point in a 2-2 draw.

Maxim Choupo-Moting put Mark Hughes’ men ahead against the run of play late in the first half, only for a Paul Pogba header to go in off Marcus Rashford just before the break.

Romelu Lukaku put United ahead early in the second half only for Choupo-Moting’s second to earn Stoke a creditable draw – a result that frustrates Matic, part of the Chelsea side which won the title last season.

“It was a tough game,” the defensive midfielder told MUTV.

“To be honest, it’s always a tough game when you come to this stadium. Stoke are a good team, so it was difficult, but we managed to get a point.

“If we want to be champions, we have to win games like this because in these games, if you win, you are champion.

“We have to know against teams like this you have to have a little bit more, you have to be concentrated and of course we’re not happy with a point.

“It’s always important if you can come from behind, and I think we showed spirit. We had the lead in the second half but they scored a goal from the corner kick. We didn’t take some chances at the other end, so we could have won the game.

“It’s always important to be at the top of the table if you can. I’m happy that we are still there, and we’ll continue to work hard to stay there until the end of the season.”

United’s focus now turns to Tuesday’s Champions League opener against Basle, whereas Stoke have time to work ahead of Saturday’s Premier League trip to Newcastle.

Hughes’ side have started the season solidly, with some smart summer transfer business bolstering the squad.

Former Schalke forward Choupo-Moting has slotted in seamlessly since his summer arrival and impressed in scoring his first Stoke goals.

“Maxim has been absolutely fantastic since the moment he arrived here,” Hughes told Stoke City+.

“You always hope that when you bring new players in that they will hit the ground running, and I have to say that since he has walked through the door he has impacted the games he has been involved in.

“He is a great guy as well, he has fitted in really well and has integrated with the rest of the group almost immediately.

“Scoring two goals against Manchester United will undoubtedly help him – he is in a great place at the moment, and rightly so, he is making a real contribution.”