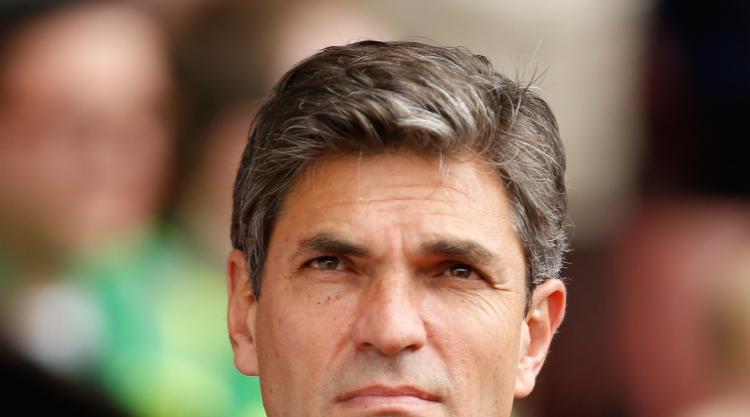 Mauricio Pellegrino has vowed Southampton will find their scoring boots to end their goal drought and kick-start their Premier League campaign.

Saints dominated against Swansea at St Mary’s on Saturday but failed to break the deadlock in a galling 0-0 stalemate.

Southampton have now gone 545 minutes without a goal at St Mary’s, dating back to the 3-1 win over Crystal Palace on April 5.

New boss Pellegrino believes finishing is based more on instinct than training ground regimen – but still insisted the Saints will solve their final-third woes.

“That’s football; it’s something that, we have to keep going, and if we do, we’ll definitely improve in that area,” said Pellegrino, of Southampton’s troubles in front of goal.

“We didn’t concede any counter-attacks. I think we produced a good performance, but in football you have to put the ball in the net. And we have to keep going.”

Claude Puel paid with his job in the summer for Southampton’s inability to turn pressure into goals and therefore points last season.

Pellegrino appreciates the similarities between Saturday’s shortcomings and Saints’ problems last term, but still believes his squad will reverse that trend.

Asked if he could pinpoint similar concerns to the previous campaign, Pellegrino replied: “Yes. As a manager you can look and work in the way how to create chances, how to play in wide areas in the corridor in front and behind defenders.

“But it’s really difficult to work. You can do finishing every day for example but it doesn’t have too much relation to what happens in the game.”

Swansea boss Paul Clement was left to hail a hard-fought point, but also admit his side must improve fast to secure a Premier League foothold.

And Clement believes the 19-year-old can strike up a potent partnership with Fernando Llorente, once the former Valencia forward recovers from a broken arm.

“It’s tough in a situation like that for a young man making his debut for the club and having to lead the line up there on his own,” said Clement of Abraham.

“But he worked hard, he had one good chance, and he’ll get better for us, there’s no doubt about that.”

Asked if Abraham could link well with Llorente, Clement added: “He’s fitted in really well, not just today, but over the pre-season period as well. And that link-up could be productive.

“I know he’s a good player, a goalscorer and he’s going to do well for this club, I’ve no doubt about that.”