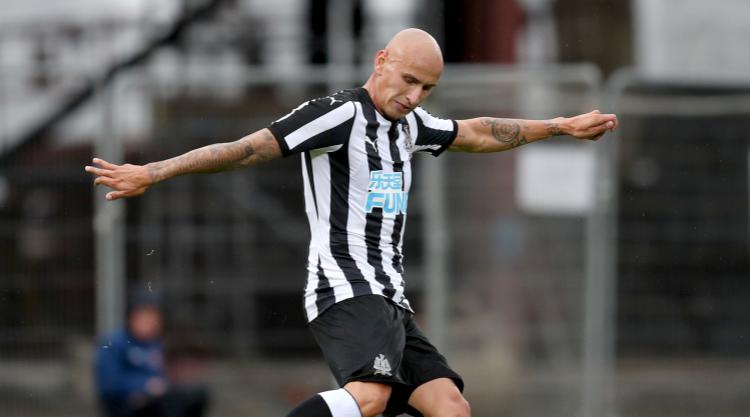 Magpies captain Shelvey was sent off for standing on Alli’s ankle four minutes into the second half with the score at 0-0, handing Spurs the chance to step up a gear and clinch a 2-0 victory.

Like Shelvey, who was banned for five games last season for racially abusing Wolves midfielder Romain Saiss, Alli has had his disciplinary problems in the past, but he kept cool and was rewarded with the opening goal.

Pochettino, who saw Ben Davies cement the win, said: “He was calm – that’s important. Last season, we talked a lot about that, how we need to behave and improve and learn.

“He’s mature enough now to accept sometimes what happens on the pitch, but he is so calm, he is so brave.

“Then he scored – and he scored a great goal – and I am very pleased. He needs to improve, he is not at his best expression, but it is coming.”

Newcastle boss Rafael Benitez admitted Shelvey’s moment of madness had cost his side any chance of emerging from a tough opening fixture with anything to show for their efforts, but insisted Harry Kane should have suffered a similar fate for a first-half challenge on debutant Florian Lejeune.

Asked if he felt let down by Shelvey, the Spaniard said: “It’s not me, it’s everyone. We have been talking about that for a while. He knows that he had made a mistake, he apologised, but still we lost the game.

“Also, I would like to say that the tackle from behind by Harry Kane I think was worse, but the rules are the rules and we paid for that.”

Both Benitez and Pochettino are desperate to increase the strength of their respective squads during what remains of the transfer window with the Tottenham boss adamant he has to to meet the demands of a long season.

He said: “Always it’s important to refresh the squad to create more competition between us, and then because it’s so long – we have ahead 10 months are we are involved in four competitions, and the Champions League demands a lot of energy.

“We need more competition, more quality, more players who can help the team to keep the level that we want in every game.”