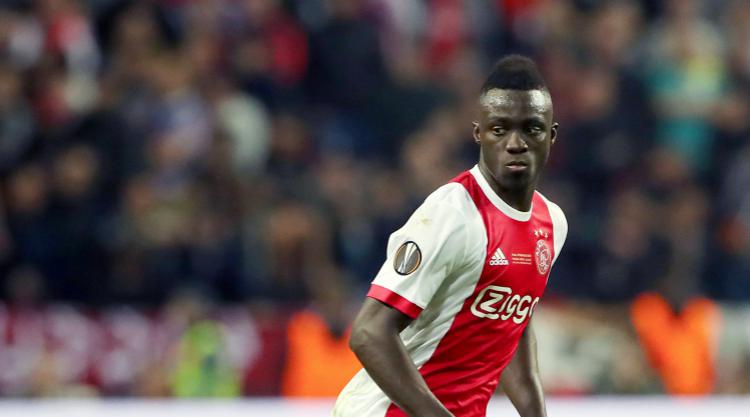 Mauricio Pochettino has backed Tottenham’s club-record signing Davinson Sanchez to prove a hit in England after seeing much of himself in the Colombia international.

The 21-year-old completed his switch from Ajax on Wednesday for a fee reported to be in the region of Â£42million.

Sanchez, who played against Manchester United in the Europa League final last season, could make his Tottenham debut against Burnley at Wembley this weekend if he receives his work permit in time.

Having come through the ranks at Atletico Nacional in his native Colombia, Sanchez spent just one season in the Eredivisie before completing his move to England.

But Pochettino, who also came to Europe from Latin America at a young age, believes he has seen enough in Sanchez to know he can deal with the change.

“I think he’s young, but he won the Copa Libertadores with his team in Colombia,” he said.

“He played regularly at Ajax. Played the final against Manchester United. I think he’s young but with amazing history and background. I like his personality and how he is aggressive, he is fast, he will fit for us very well.

“He is so aggressive, so fast. It’s true that when there was the possibility to sign him, (there was an) advantage, because he wanted to move and to play for Tottenham. Davinson is with us because a lot of clubs were interested in him but he decided to join us.”

Pochettino moved to Espanyol from Newell’s Old Boys at the age of just 22 and admits there were plenty of challenges – but ones he overcame and reckons Sanchez will also deal with.

“When he arrived at Ajax from the beginning he showed his quality, started to show his character and personality, I think he was the best player on Ajax in his first season,” he said.

“That showed that he is a player with big character and personality, and with a lot of potential.

“First of all it (the challenge) is to adapt yourself. I moved with my wife, we were not scared, but you are waiting because you don’t know.

“From America, you come to Europe, you don’t know what you will find here. But him, he’s unbelievable: he speaks very good English, and from day one when he arrived I think he is like all the players here. Yes, he is very welcome with the team-mates and he is one of us.

“It was difficult at the beginning, (he has) all the characteristics he has are for success here.”

Pochettino also revealed he gave Sanchez a welcome to English football in one of his first training sessions at Tottenham’s Enfield training base.

“I challenged him,” he added.

“Yesterday. We were playing a box and he was inside and the ball was in the air and me, bam, and he fall, and me with the ball!

“It’s a massive opportunity because we believe he will be one of the best centre-backs in the world in the future. That is why we made the effort to try to sign him.”