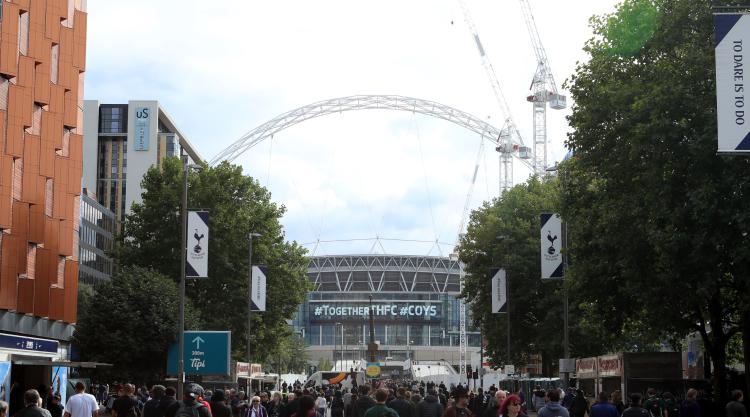 Mauricio Pochettino insists he is not worried about Tottenham’s struggles at Wembley despite them being held to a goalless draw by Swansea.

After powering past Borussia Dortmund in the Champions League on Wednesday, Spurs looked to have turned a corner at their new home.

But another two points dropped on Saturday evening means the doubts will creep back in.

Tottenham have now failed to win any of their opening three league matches under the arch, with Burnley and now Swansea each taking a point away from the national stadium after Chelsea snatched all three.

The contrast is all the more dramatic given Spurs’ relentless form at White Hart Lane last season, where they were unbeaten in the league and took 18 points out of 18 against the league’s bottom six.

Pochettino, however, remains adamant that Wembley is not the problem.

“The reality is that we dropped a lot of points after three games but I am not worried,” he said.

“We could spend one season talking about that and maybe at the end then you can see it or everyone can say, ‘Yes, Wembley was a problem’.

“We are building a new stadium which will be fantastic and then I believe that every single season is completely different. We cannot compare last season with this season.”

Tottenham certainly had enough possession to win the game, plus 26 attempts at goal.

The in-form Harry Kane, who had scored six goals in four matches, was unusually quiet, his best chance coming in the second half when he rattled Moussa Sissoko’s cut-back against the crossbar.

Swansea also rode their luck. Serge Aurier could have earned a late penalty when he went down under the slightest of clips from Jordan Ayew, while Martin Olsson was twice fortunate not to concede a spot-kick, once after blocking Toby Alderweireld and then for touching a loose ball with his hand.

Pochettino was particularly disappointed with referee Mike Dean’s decision not to award Aurier the foul.

“On the decision I have full respect for the referee,” Pochettino said.

“Only I was disappointed with Mike (Dean) because he tried to justify the last decision in the action that Aurier touched the ball with his chest.

“When you take a decision as a referee you stay calm and say it was handball. You don’t try to justify the decision.”

Swansea, meanwhile, continue their strong form on the road so far this season.

They have lost both their home matches to Manchester United and Newcastle but are yet to taste defeat in four games on their travels.

“Good defending has to be applauded,” Swansea manager Paul Clement said. “You go to Italy and they applaud it. We are showing that on our day we are difficult to beat.”

Clement also decided to start Renato Sanches again but his loan signing from Bayern Munich was largely anonymous and substituted in the second half.

“It’s going to take him some time to get up to speed,” Clement said. “Germany is not the Premier League. It is similar to France and Spain.”