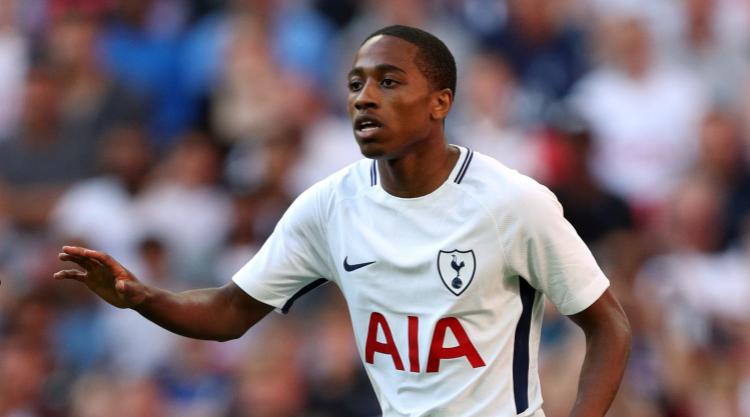 Dele Alli has told Tottenham’s young guns that Mauricio Pochettino will give them their chance if they put in the hard work.

The Academy graduate took full advantage of Kyle Walker’s big-money departure for Manchester City at St James’ Park to provide further evidence of the pathway to the first team under manager Pochettino.

“You’re at a club with a manager where, if you play well in training and you work hard, you know you are going to get your opportunity to play in the Premier League.

“He’s done it and he took it and it was a great performance by him, so there is going to be some competition now. I am really happy for him.”

There were smiles all round as Tottenham headed back south having opened their account at the first attempt having had to remain patient on Tyneside.

Alli’s 61st-minute strike finally broke the deadlock after Newcastle midfielder Jonjo Shelvey had been sent off for standing on his ankle, and Ben Davies completed the scoring nine minutes later.

Alli said: “It was a really professional performance by all the players. It’s not an easy place to come, here.

“They played very well in the first half, made it difficult for us. They maybe didn’t create that many chances, but they stayed compact, they made it hard for us to break them down.

“But we knew if we stayed patient, the chances would come and thankfully we put them away.

“Sometimes you can get frustrated when you have that much possession and you are not 1-0 or 2-0 up at half-time. But it was a really professional performance.

“We had to stick to the game-plan and keep moving the ball. It was difficult to move it as quickly as we would have liked to because the pitch was a little bit dry, but the boys at the back kept their heads, kept playing the ball around the back and the chance came.”

That chance fell to Alli and he latched on to the excellent Christian Eriksen’s inviting cross to beat keeper Rob Elliot from close range.

The England midfielder scored 22 goals for the club last season, but despite having registered during the opening weekend of the new campaign, is not setting himself any targets just yet.

He said: “I am going to start the season off and I am going to see where I get myself by the mid-way point, see how many goals I can get and then I’ll set myself a target.”