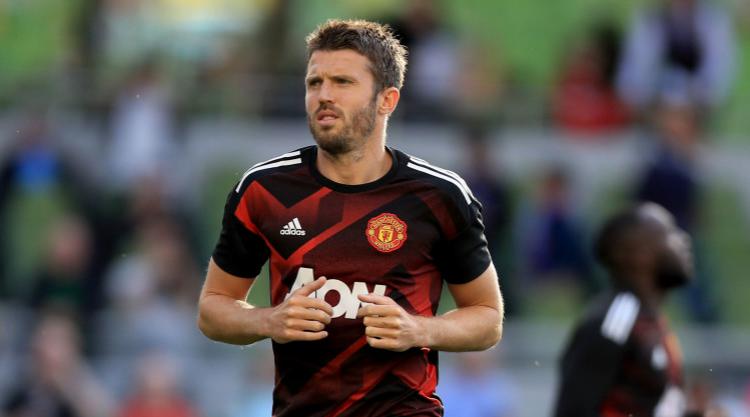 Michael Carrick believes “things are on the up” at Manchester United, with the captain confident Jose Mourinho’s men are in a better place to challenge for the Premier League than a year ago.

West Ham arrive at Old Trafford in Sunday’s late kick-off as United look to launch a sustained title bid for the first time since Sir Alex Ferguson bowed out with the league crown in 2013.

Having not finished below third in the Premier League during the Scot’s reign, remarkably they have not finished higher than fourth since his retirement.

Sixth place was a poor return in Mourinho’s first season at the helm – even if Europa League, EFL Cup and Community Shield glory tempered disappointment – and recently-appointed captain Carrick expects better in the league this term.

“It is difficult to say what our chances in the league are but we are setting out to be on top,” the midfielder, a five-time Premier League champion with United, said.

“We have certainly improved the squad, we look stronger, we are a year further ahead with the manager and his staff, we are in a better place than we were last year, so things are on the up.

“For large spells of last season, we felt we should have been higher up in the league than we were and performances certainly warranted that for large periods as well.

“But it is too easy to sit here and say that.

“We need to improve because we ended up a distance away from the top. Hopefully this season we will be right up there challenging.”

United finished an eye-watering 24 points behind Chelsea, despite having suffered defeats on as many occasions as the champions.

Romelu Lukaku, Victor Lindelof and Nemanja Matic arrived over the summer to bolster a team that now has Champions League football to look forward to.

“The league is special because it is such a tough division to win,” Carrick – the last remaining member of 2008 continental champions – said.

“When you come out on top it is an unbelievable feeling to know you are the best team in the country, and you have gone through all sorts of things along the way to win that.

“Cup competitions are special because it is a slightly different feeling.

“There are obviously bigger competitions than others, but we will certainly be fighting on all fronts to win as much as we can.”

United are only without long-term absentees Luke Shaw, Ashley Young and Marcos Rojo for Sunday’s season opener against the Hammers, who have conducted some impressive transfer business.

Marko Arnautovic, Pablo Zabaleta and Joe Hart have all signed for Slaven Bilic’s side, as has former United striker Javier Hernandez, who is in line to make his debut at Old Trafford this Sunday.

“Obviously Chicha is there now and hopefully he doesn’t come back and do too well in the first game!

“But I wish him all the best for the rest of the season.”