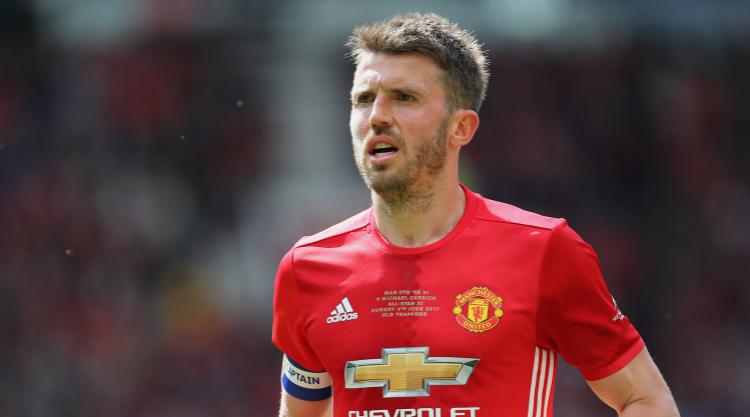 Michael Carrick has been confirmed as the new captain of Manchester United following Wayne Rooney‘s exit.

“It feels great and it is such a huge honour to captain such a great club,” he told MUTV.

“It is my 12th year now and I came as a 25-year-old. I never thought I could be here for so long and achieve so much.

“Now, to lead the boys and look after the young boys, to guide them in some ways, it is a nice thing and a real pleasure.

“I came to this club as a footballer and I am now a huge fan. I have grown to love the club over the years and to be in this position is very special for me.”

Carrick joined United from Tottenham in 2006 and his contribution was recognised in a testimonial last month.

The 35-year-old is the longest serving player at Old Trafford following Rooney’s exit, although he looked set to leave the club last summer.

A change in management saw Carrick handed a one-year deal, then a further contract extension this summer.

“I will just be myself,” he said of his style of captaincy.

“You can’t change and it is wrong to come into the role and then suddenly change, shouting and screaming at everyone, telling them what to do.

“I am not like that. I will speak when I need to speak but I am quite laid back and chilled out really. I will try to lead by example.”