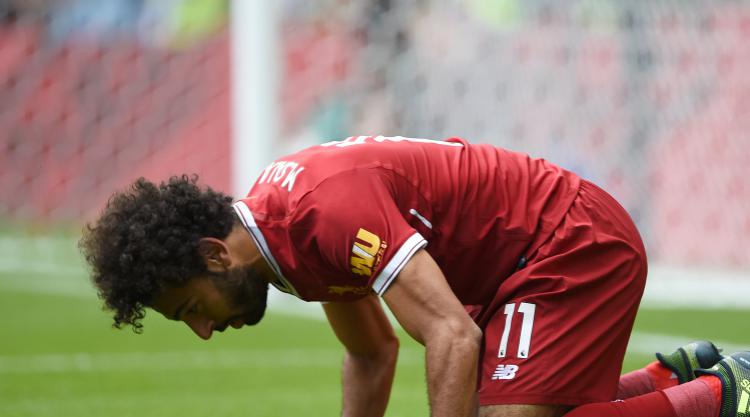 The Reds looked as though they had put all speculation and uncertainty over Philippe Coutinho’s future to one side to win their opening Premier League clash – only for Britos to head home from point-black range in the dying moments to seal a 3-3 draw.

Liverpool rallied and Roberto Firmino levelled from the penalty spot after debutant Mohamed Salah was fouled, with the Egypt international then poking the visitors ahead only for Britos to pounce late on and give Marco Silva a positive first outing as Watford boss.

Following on from Arsenal’s 4-3 win over Leicester on Friday night, more questionable defending meant the goals continued to flow, although two of Watford’s strikes – including Britos’ late leveller – appeared to be offside.

They were ahead from the resulting corner, Okaka arriving unmarked to head home Pereyra’s cross from four yards out.

Liverpool were struggling to impose themselves on the game but levelled after a fantastic move which was started and finished by Mane.

The Senegal forward played a pass out to Alberto Moreno before bursting into the Watford box to latch onto Emre Can’s weighted ball and finishing past Heurelho Gomes.

Instead of building on their equaliser, Liverpool were behind again just 161 seconds later as Doucoure benefited from more poor defending to slot home after Trent Alexander-Arnold could only hook Tom Cleverley’s cross against team-mate Joel Matip.

Former Chelsea winger Salah was making his debut but he could only blaze high over the bar when well-placed.

Mane headed inches wide in first-half stoppage-time as Klopp’s side looked to head into the interval level.

Having already lost Daryl Janmaat to injury early in the contest, Watford were forced to replace Pereyra soon after the restart as Richarlison came on for his debut.

Liverpool levelled for a second time as Firmino tucked home a 55th-minute penalty after Salah had been brought down in the box by Gomes.

Moments later and the Reds were ahead as Firmino was played onside by Britos before lobbing an attempt over Gomes that was turned home by club-record signing Salah.

Andre Gray was thrown on by Silva in response to falling behind for the first time but it was Matip who headed against the crossbar for Liverpool before Dejan Lovren forced a fine stop out of Gomes.

Those missed opportunities would be rued by Reds’ boss Jurgen Klopp as Britos headed home from on the line after Jose Holebas’ corner dropped kindly following a ricochet.