A woman with dementia who went missing was found by a police dog within minutes – because she had stored her scent in a jar.

In a Facebook post, the Sherriff’s Office said the woman stored the scent two years ago, and a picture of the jar showed it was dated January 2015.

Scent preservation kits work by rubbing a pad on a person’s underarm, then sealing it in a sterile jar so police dogs have a reliable scent to smell before looking for a missing person. 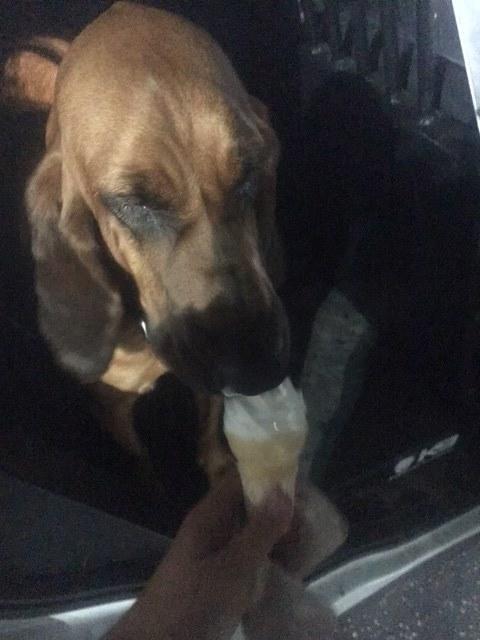 Police dog, KP Ally, was rewarded with an ice cream after finding the missing woman

The kit can hold a person’s scent for up to seven years.

Manufacturers say they are more efficient than pieces of clothing because they are not contaminated by picking up other people’s smells or smells from the environment.

“The woman was returned home safely and K9 Ally was rewarded with a special treat, a tasty vanilla ice cream cone”, the Citrus County Sheriff’s Office wrote on Facebook. She had been missing for around two hours.

Police dogs are specially trained to sniff out drugs, people and corpses. They are known to have a stronger sense of smell than humans.