This is the moment a brave passer-by attempted to tackle a gun-toting robber during a bank hold-up in south west London.

Police released dramatic CCTV footage today which shows the member of the public wrestling with the armed robber after he pulled a weapon on “terrified” bank staff in Teddington.

Detectives from the Met’s Flying Squad appealed for information about the incident that took place on a busy high street.

The suspect, aged between 30 and 40, approached the bank in Broad Street at around 2.30pm on March 10, first peering through the door. 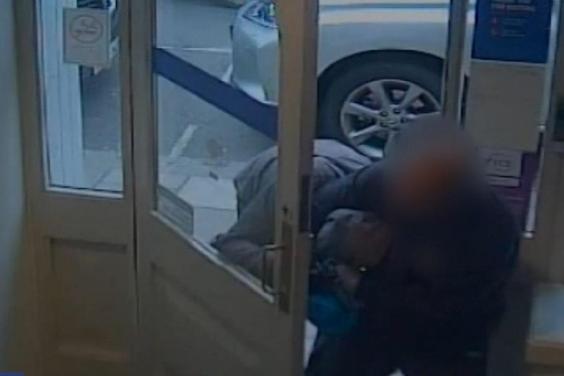 Struggle: A passer-by trying to restrain the suspect. (Met Police)

He returned a short time later with a balaclava over his face and approached the counter, pulling a gun from a blue plastic bag and demanding money. 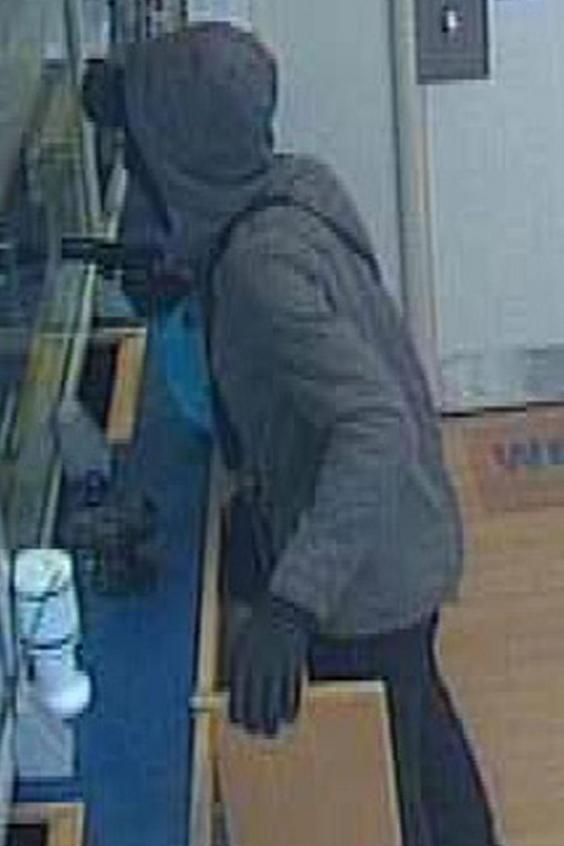 The suspect pulled a gun from a blue bag. (Met Police)

A Met spokesman said : “The man was confronted by a member of the public who attempted to restrain him, but after a brief struggle the suspect managed to escape.” 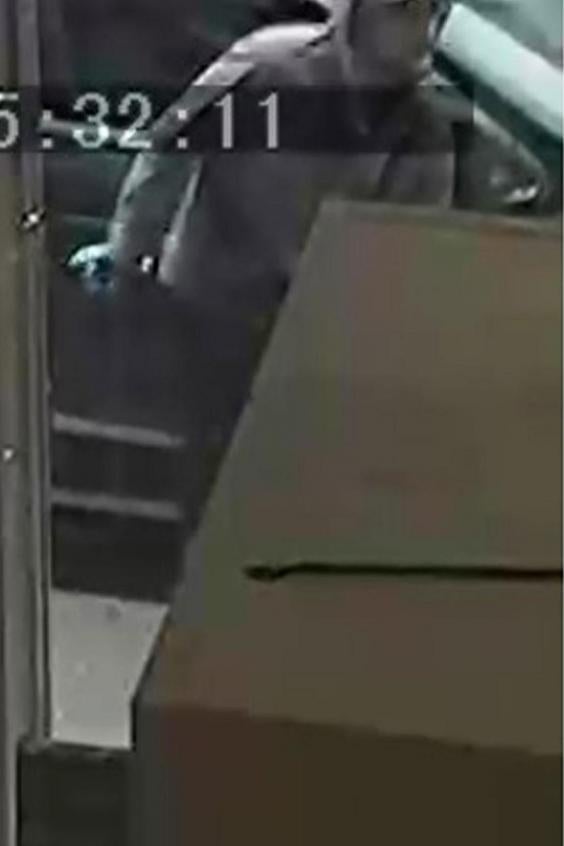 Detectives from the Met’s Flying Squad are investigating the incident. (Met Police)

The robber, who is thought to have travelled to the bank on an adult mountain bike and live in the local area, fled with over £150.

Detective Constable Mike Bunn said: “This was a brazen robbery on a busy high street which left members of staff at the branch terrified.

“The robber travelled to the bank on a men’s mountain bike and it is possible that he may live locally. I am urging anyone who recognises the man in the footage to contact us.”

Police said the suspect was wearing a grey hooded top with a cap, black gloves, a black satchel bag and dark trousers.

He also wore Nike trainers with what appears to be a red tick.

Anyone with information is urged to contact Mr Bunn by calling 101 or ring Crimestoppers anonymously on 0800 555 111.