A lone female paramedic was mugged by three thugs on mopeds while responding to an emergency call in London’s West End.

Cycle paramedic Kat Mckenna was “shocked” and “angry” after the thieves mounted a crowded pavement to snatch a mobile phone out of her hand.

She was about to rush to an elderly man who had fallen down stairs when she was attacked in Store Street.

She said: “I was really shocked. I could not believe that it happened and I was angry I couldn’t respond to the patient who needed my help.”

The muggers all wore helmets with black visors covering their faces, she said. 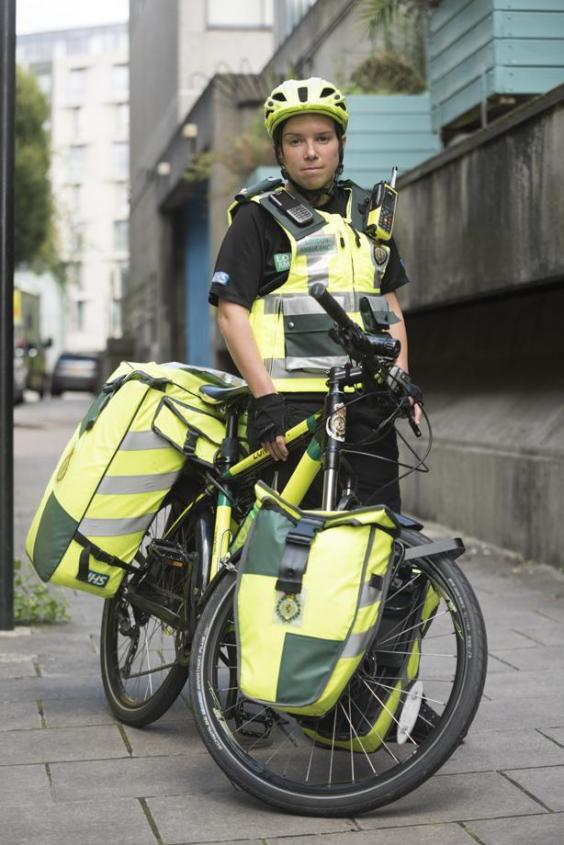 The paramedic was targeted while out on a 999 call.

Ms McKenna was not hurt in the mugging, which happened at 6.15pm on July 25, and added that she was determined to return to work the day.

She said: “If I didn’t go back to work, they would win. I want to keep doing my job which is caring for and treating people in London.”

With moped-enabled crime having reached epidemic levels in the capital, she added that she has treated many victims who have been seriously injured by moped muggers.

She said: “Sadly this type of attack is common. They are hurting people; they are putting other people in danger on the roads and pavements but they are also a danger to themselves.

“I have been called out to, and treated, youths who have had accidents on their mopeds.”

Paul Cook, Operations General Manager at London Ambulance Service, said: “It is appalling for a paramedic to be targeted while on duty and we will work with the police to identify and prosecute those who did this.”

Anyone with information should call Crimestoppers or 101.