More Muslim people are reporting potential terror threats than ever before, according to the Commissioner of the Metropolitan police.

Cressida Dick said in a radio interview that information coming from Muslim communities has markedly increased with regular calls to the anti-terrorism hotline.

She also said at least five attacks had been halted in the last three to four months,  with almost 20 attacks stopped in recent years.

Ms Dick told Nick Ferrari on LBC: “I get more information now from Muslim communities than we ever have on the anti-terrorist hotline.

“We get people standing up and condemning but we clearly need a lot more because what has happened in the last few months alone is horrific,” she said. 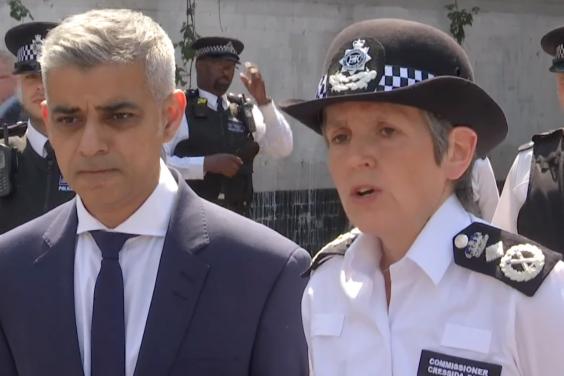 Police Commissioner: Sadiq Khan and Cressida Dick at the scene of an attack in Finsbury Park (Sky News)

“Just in the last few weeks actually five (attacks have been stopped) and it’s well into the teens in the last couple of years where we know people are radicalised, are spreading hatred or supporting terrorism or want to carry out a terrorist attack.”

When pushed on how close atrocities were to being carried out, Ms Dick said some were “very close to an attack”.

To which the commissioner replied: “Yes.”

She also urged communities to speak out against radicalisation in a bid to stop “home-grown terrorists” spreading messages of hatred on the capital’s streets.

“I’ve worked for the last 17 years in terrorism trying to fight violent extremism in all its forms and it comes in many forms, as we saw in the Finsbury Park attack, we do see different forms of terrorism.

“We are undoubtedly seeing recently examples of people who’ve carried out attacks or who are violent extremists who are home-grown or who may have travelled or been influenced by someone overseas but who are living in our communities and that’s a problem for all of us.”

The comments came in the wake of attacks in Finsbury Park, at London Bridge and Westminster.

Five victims, including PC Palmer, were killed in the attack. 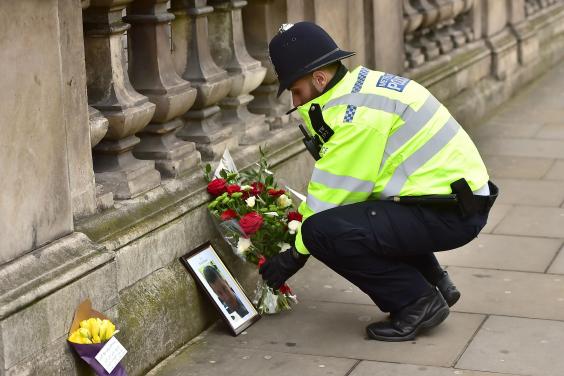 Following the attacks concrete anti-terrorism barriers were put up on bridges across the capital.

On June 19, Darren Osborne, 47, from Cardiff, was arrested after a car ploughed into a group of Muslims outside a mosque in Finsbury Park.

Ms Dick said the barriers are likely to become a permanent feature across the city “in some form”.

The Commissioner also praised London’s resilience and said not one planned event had been cancelled amid fears of an attack.

She added: ”London has gone on, we have been very resilient, all of our events have gone ahead from Wimbledon to Pride. There had obviously been more protection and security and armed officers but not a single event has been cancelled.”