More than 100 residents who were forced to leave their homes on a north London housing estate in the wake of the Grenfell Tower disaster are refusing to return to their flats.

Camden Council has given many residents of the Chalcots Estate in Camden the all-clear to move back into their tower blocks after they were moved out on June 23 when the buildings failed inspections.

But some have voiced concerns about the safety of the building and are demanding detailed documentation on the inspections carried out before they were told they could move back in.

Robert Kukaj, 27, who set up a Facebook group for residents to post their concerns, told the Guardian that people did not want “to move in on the say-so of Camden council.” 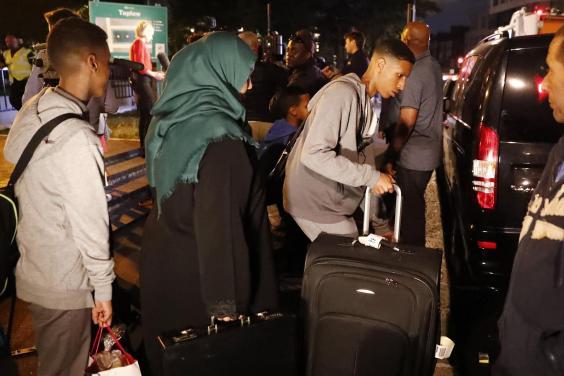 He said: “There’s nothing in writing; everything is just in statements published on the council’s website. We’ve been living for years in an unsafe place, we want an independent professional body with no ties to local authorities to make an inspection.”

Mr Kukaj, who lives on the fifth floor of the Burnham block, told the newspaper more than 100 residents were refusing to move back in over safety fears.

Jayesh Kunwardia, of Hodge Jones and Allen solicitors, which is representing some of the Chalcots residents, told the Guardian his clients had been told by Camden Council that their hotel accommodation would no longer be paid for and that they must move back in immediately and start paying rent again.

He said he had written to the council to say that his clients must remain in temporary accommodation until they were given evidence that the building is now safe to live in.

The majority of residents on the estate have returned to their homes a month after they were evacuated because of fire safety risks.

But Shirley Phillips, who raised concerns about the safety of the building, told Sky News: “They reckon it’s going to take another six weeks to get the fire doors and possibly another nine months before the cladding’s removed, so how is that safe?”

The council said 564 of the 641 households had returned by Thursday and that the works have all been approved by independent inspectors and London Fire Brigade.

Georgia Gould, leader of Camden Council, said: “We have now carried out the urgent works needed so that some residents of the Chalcots can start going home after what has been an extremely distressing time.

“We will go over and above these works to enhance safety measures, but the London Fire Brigade have informed us that they are content that sufficient progress has been made to allow a phased return home for residents.

“The ongoing reoccupation of the blocks will be dependent on the completion of works to each floor of the buildings, from the lower floors up to the top. We’ll be in touch with residents to let them know when they can go home.”