The devastated mother of a celebrity bodyguard killed by a machete-wielding teenager has shared a heartbreaking picture of him in his hospital bed, as she called for changes to the law around knife crime.

Ricky Hayden, 27, was killed by Tommy Roome as he tried to stop his brother’s scooter being stolen.

The ITV bodyguard, who provided security for Stoke City striker Peter Crouch during his wedding to model Abbey Clancy, was fatally stabbed in the thigh.

He was rushed to hospital after the attack in Romford, east London, but died there the following day. 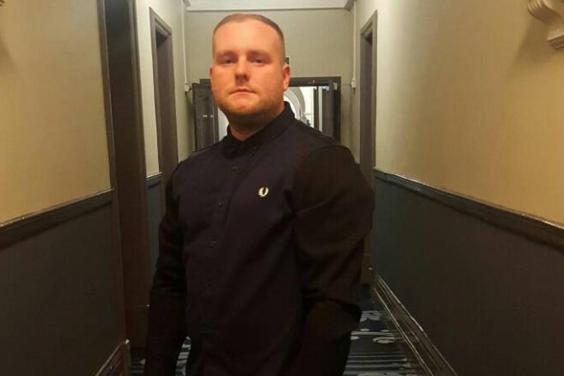 Victim: Ricky Hayden was stabbed to death on his driveway (Metropolitan Police)

Yesterday his mother, Suzanne Hedges, posted a shocking final picture of her son,

She said on Facebook: “Posting this picture has broken my heart once again and gone against all my wishes.

“This is the last picture of my boy before he took his last breath and lost his fight for life.

“I wanted to keep this picture private just for my viewing, but after yesterday I feel it needs to be made public for the rest of the world to see.

“This is what carrying/using a knife does to someone. It not only kills the person but also the family.

“Our hearts are broken and will never mend.” 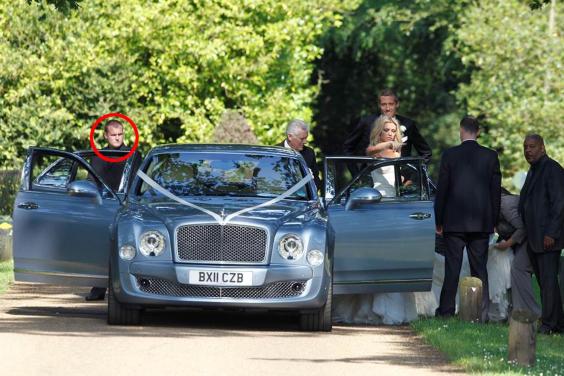 She attacked the justice system after her son’s killer was found guilty of manslaughter but cleared of murder at the Old Bailey on Monday.

Two relatives of Mr Hayden stormed out of the courtroom after the verdicts had been delivered.

She said: “The laws when carrying a knife need to be changed. If caught in possession of a knife a prison sentence should be handed out not a caution.

“I pray no other family are put through what we have been through. Especially as we have been failed by the so called British justice system.”

In a post that has been shared 14,000 times and generating thousands of comments, she added: “RIP ricky… love & miss you boy.

The court had heard that Mr Hayden was in just his boxer shorts when he went outside to confront Roome, 19, last September, believing he was eyeing up his brother’s scooter.

Accompanied by brother Perry, 21, and their father Paul, 55, Mr Hayden went to chase Roome and another 19-year-old, Tarrell Hinds, away.

But Roome, from Romford, then pulled out a large knife, described in court as a machete, as the two groups clashed.

Hinds, also from Romford, admitted being at the scene but denied and was acquitted of murder, attempted murder, and wounding with intent.

Following the verdict, Judge Philip Katz QC remanded Roome in custody until a sentencing hearing on a date to be set.