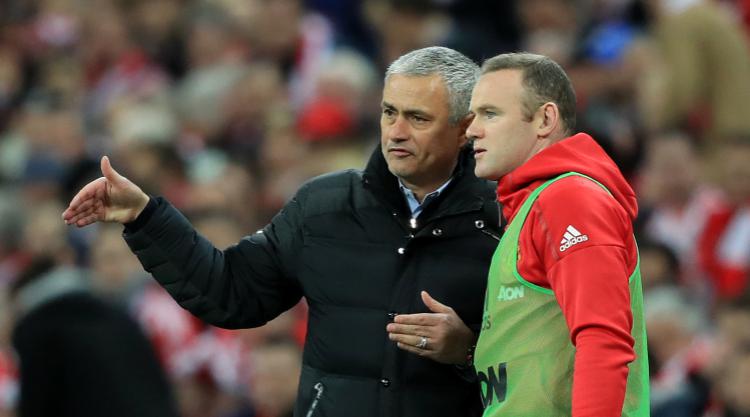 The 31-year-old, who is both England and Manchester United’s all-time top scorer, announced his immediate retirement from the Three Lions on Wednesday.

Rooney, who rejoined his boyhood club Everton from United this summer, told former boss Mourinho about his decision to quit the international game on Tuesday.

And the Portuguese believes his former captain will be sorely missed by England when everyone realises just how big a role in played in the national side.

“He told me the night before, and I am nobody to tell him I agree or don’t agree, do it or don’t do it,” Mourinho said.

“He does it for Everton, for his family, so I have no complaints.

“I just realise like many other people when he retires how many matches he played, how many goals he scored, and what he represents for the football in this country.

“Many congratulations for his career with the Three Lions.”

England manager Gareth Southgate phoned Rooney on Tuesday to say he wanted to include the forward in his upcoming squad following his fine start to life back at Everton.

However, Rooney informed Southgate of his decision to quit international football for good in the same phone conversation.