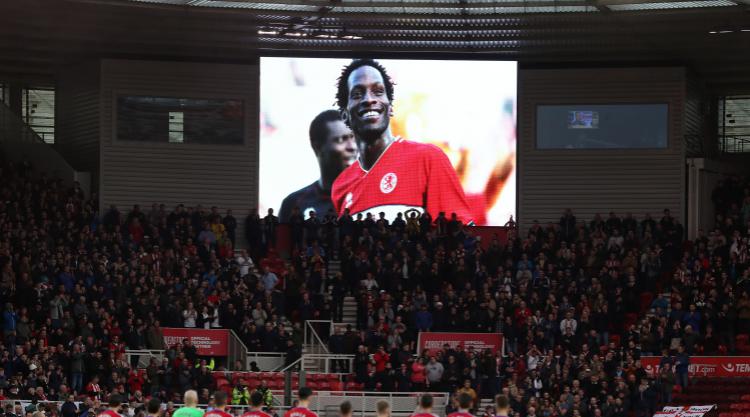 The funeral of former footballer Ugo Ehiogu was taking place in Highgate on Wednesday.

Former Middlesbrough and Aston Villa defender Ehiogu died last month at the age of 44 after collapsing at Tottenham’s training centre. He was working as the club’s under-23s coach and suffered a cardiac arrest.

A fundraising page set up in memory of the ex-England international has raised more than £23,000. His wife Gemma Ehiogu launched the appeal on JustGiving to help fund an equal opportunities charity, giving youngsters access to football.

The page had an initial target of £1,000 but had broken that figure by more than 2,000 per cent on Wednesday morning.

Gemma Ehiogu posted her reasons for setting up the page on the website, saying: “We’re raising £1,000 to help set up a charity that will give all children the opportunity to play football. In memory of Ugo Ehiogu #DoSomethingKind.

“Ugo’s dream was to set up a charity that gives every child equal opportunity to access and play football. He had already put the wheels in motion. This fund will make his dream become a reality. We don’t have a set target every donation will help. Thank you, In memory of Ugo Ehiogu #DoSomethingKind.”

A final tweet from Ehiogu went viral after the news of his death, with people from across the world promoting #dosomethingkind. The hashtag was trending in Great Britain and the United States after it emerged Ehiogu had used it on March 29 to describe donating £10 to a homeless girl.