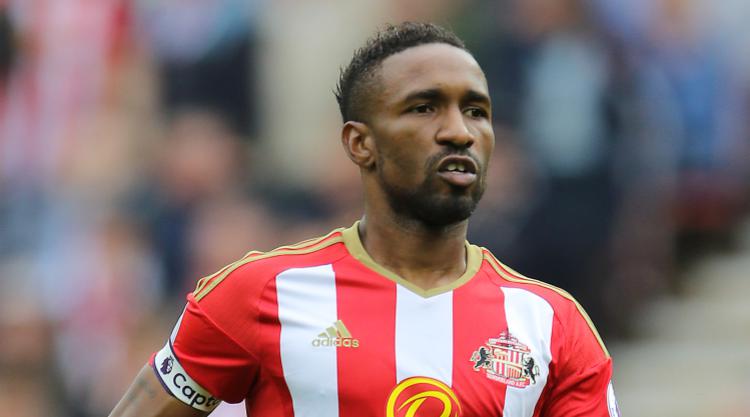 Jermain Defoe admits his decision to complete a “dream” return to Bournemouth was all-but made when his mum Sandra gave her approval to the move.

The 34-year-old enjoyed a prolific loan spell with the Cherries as a teenager – scoring 10 goals in as many games, which still stands as a club record.

In all the striker hit 19 goals during the 2001-02 season at a time when Bournemouth were in the third tier of English football.

England international Defoe has since gone on to enjoy a stellar career with the likes of West Ham, Tottenham, Portsmouth and Sunderland – the club he left this summer.

The Cherries, meanwhile, have blossomed under boss Eddie Howe and are preparing for their third successive season in the Premier League.

Defoe and his family have kept a keen eye on Bournemouth’s progress over the years – including in 2009 when they nearly dropped out of the Football League – and he is delighted to be back.

“We always hoped at some point later on down the line that I would get an opportunity to represent this club again,” said Defoe, who has signed a three-year deal.

“It was a special time for me when I was young there. It’s just a dream for me really, to come back and hopefully do well here.

“They didn’t really have to sell the club to me. It’s a unique situation with me being at the club before. It’s where I made my name.

“It’s special for me and my family. My mum and dad came to every home game.

“When this opportunity came around, as soon as I looked at my mum I just knew. She was so excited.”

Asked about the club record he still holds, Defoe added: “I’ve got to try and do it again! It set me up for the rest of my career. I didn’t really look back after that.

“I’m joining a good team. For me it’s important to join up and try and improve the team. If I can add more goals then everyone is happy.”

Howe was captain during Defoe’s previous spell at the Vitality Stadium and the former Toronto forward has been stunned by the club’s rise under the 39-year-old.

Speaking on AFCBTV, Defoe said: “What he has done at the club has been unbelievable. How many times in football would you actually see a situation like this happen?”

The Cherries finished ninth last term while Defoe’s impressive tally of 15 Premier League goals failed to save Sunderland from relegation to the Sky Bet Championship.

Defoe, who joined the Black Cats in January 2015, had a strong rapport with the fans despite activating a clause in his contract to leave on a free transfer after their relegation.

Defoe’s form last season earned an England recall for the first time in over three years and he is eyeing a place in Gareth Southgate’s 2018 World Cup squad.

He continued: ” To get in the England squad is based on merit. It’s going to be a long season and I have to perform.

“If I have a good season and I get myself back into the squad it would be amazing. Having played in a World Cup before, it’s the pinnacle, there’s no better feeling.”