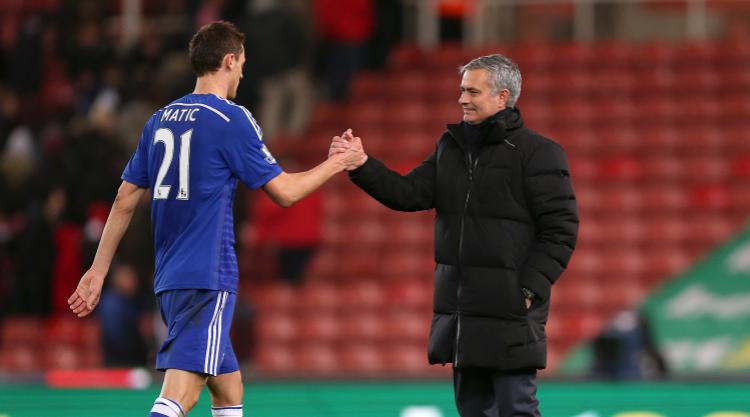 Manchester United have announced the signing of midfielder Nemanja Matic from Chelsea.

The 28-year-old Serbia international has agreed a three-year contract at Old Trafford and moves for a reported fee of around £35million + £5million in add-ons.

The move reunites Matic with his former Chelsea manager Jose Mourinho, under whom he won a Premier League title in 2015.

Matic told the club’s website, www.manutd.com: “I am delighted to have joined Manchester United. To work with Jose Mourinho once again was an opportunity I couldn’t turn down.

“I have enjoyed my time at Chelsea and would like to thank the club and the fans for their support. I cannot wait to meet my new team-mates and to start training with them.

“This is a very exciting time for the club and I am looking forward to playing my part in creating more history for this great club.”

United had been linked with Matic throughout the summer but Mourinho indicated at the weekend a deal was close as he spoke of the player’s desire to move.

Following completion of the move, Mourinho said: “Nemanja is a Manchester United player and a Jose Mourinho player. He represents everything we want in a footballer – loyalty, consistency, ambition, team player.

“I would like to thank him for his desire to join us because without that, it would be impossible to have him here. I am sure our players and supporters will love him. A big welcome to our new number 31.”

The move ends Matic’s second spell at Chelsea. He first joined the Blues in 2009 but left the following year. After making his name at Benfica, he was brought back to Stamford Bridge by Mourinho in a £21million deal in 2014.

As well as winning the title with Mourinho two years ago, he also won another Premier League crown last season.

His departure this summer was made possible by the London club’s signing of Tiemoue Bakayoko from Monaco.

He becomes United’s third major signing of the summer after Romelu Lukaku and Victor Lindelof.