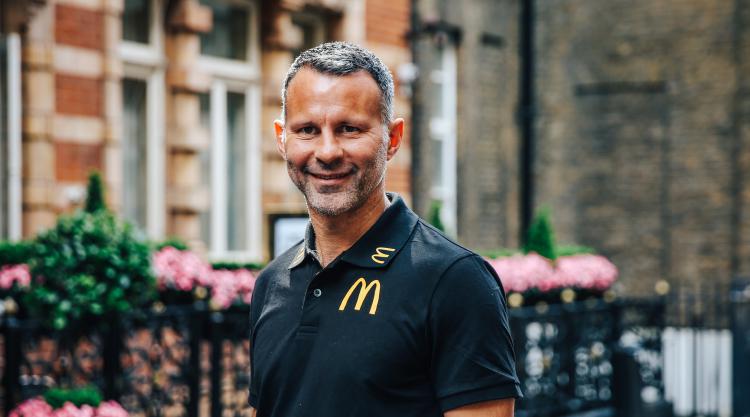 Former Manchester United winger Ryan Giggs expects his old club to continue their tradition of promoting youth and is hopeful another ‘Class of 92’ can emerge at Old Trafford.

Press Association Sport has conducted a study which found 10 of the players who featured for United in the Premier League last season graduated from their own academy, with Jose Mourinho’s side using more of their own academy players than any other top-flight outfit.

That figure includes Paul Pogba, who returned to United from Juventus in a world-record Â£89million move last summer, Marcus Rashford and Angel Gomes, the 16-year-old who in May became the first player born in this millennium to feature in the Premier League.

United’s philosophy of handing opportunities to youngsters dates back to the Busby Babes of the 1950s, while the ‘Class of 92’ of Giggs, David Beckham, Paul Scholes, Nicky Butt and the Neville brothers formed the core for their success four decades later.

Giggs believes it is increasingly more challenging for clubs to nurture kids through their ranks until they break through into the first team like he did, but he does not see the conveyor belt stopping.

“Generally, you get a chance in the first team (at United) which no other big clubs predominantly give you,” he told Press Association Sport.

“It’s getting harder because of the money (Manchester) City, Chelsea, all the big clubs are willing to pay, which in my day didn’t happen as much.

“You have teams offering all sorts to 14, 15-year-olds. It’s very difficult for parents now to decide which team to go to and it might not be football reasons first but financial stability. But I think United will always produce young players.”

They brought through a glut of talent at once at the start of the 1990s when Giggs and co emerged together and formed the nucleus of a team which achieved great success under Sir Alex Ferguson.

Giggs, promoting the People’s Award for the 2017 McDonald’s Community Awards, would love to see another raft of graduates break through in similar fashion and insists it can happen at Old Trafford, even if the Premier League’s current landscape makes it harder.

“It’s a big ask – five or six players coming through and staying in the team for so long was extraordinary,” he said.

“It probably comes along once every generation but if you have the philosophy within the club to bring young players through I don’t see why three or four players can’t come through and stay in the team.

“That’s the key – not just coming through, but actually staying in the team. It’s getting more and more difficult because managers don’t get much time – they are not able to let them make their mistakes – for them to grow, but I hope it happens.”

Giggs highlighted Tottenham’s Harry Kane and United’s own forward Rashford as two examples of why he believes supporters still cherish witnessing the growth of an academy product over a big-money acquisition.

“You see the emergence of Harry Kane and his song at Tottenham is, ‘He’s one of our own’,” Giggs said.

“Fans can relate to players that they’ve seen in the youth team, then the reserves. At my club there’s Rashford and there’s excitement and pride within Old Trafford when he gets the ball and makes something happen.

:: Ryan Giggs is encouraging the public to nominate their grassroots football champion in the People’s Award for the 2017 McDonald’s Community Awards. To cast your vote please visit www.mcdonalds.co.uk/awards #15yearsofgrassroots