Suggestions put forward as part of the Southwark Regeneration Plan outline ideas for a pedestrianised area leading up to Morrison’s, close to the area’s iconic bus garage.

An exhibition, which opened to residents on Wednesday, showed plans for more independent retailers and ground level parking to replace the current shopping centre off Rye Lane.

Proposals have also been put forward for flats and affordable housing above the development – which has previously sparked a row over concerns it would block panoramic views from Peckham’s trendy rooftop bar Frank’s. 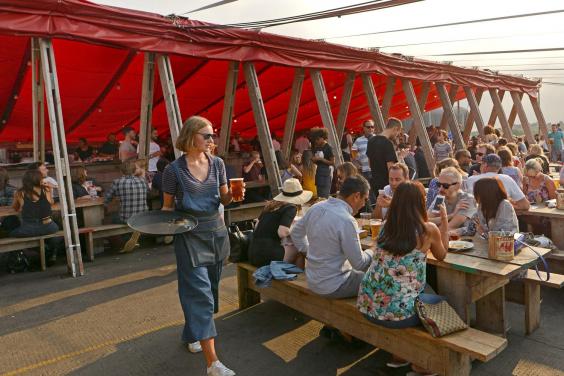 Thousands of revellers flock to the hangout, situated on top of a multi-storey car park during the bar’s summer opening hours.

Suggestions for a 20-storey tower block were made early on in discussions surrounding the scheme.

Eileen Conn, spokeswoman for Peckham Vision, said at the time: “During the summer many thousands of people flock to Peckham town centre to enjoy the open spaces that have been created on the roofs of iconic buildings by Frank’s Café, Bold Tendencies and the Bussey Building, bringing a new buzz and opportunities for economic activities to the town centre. 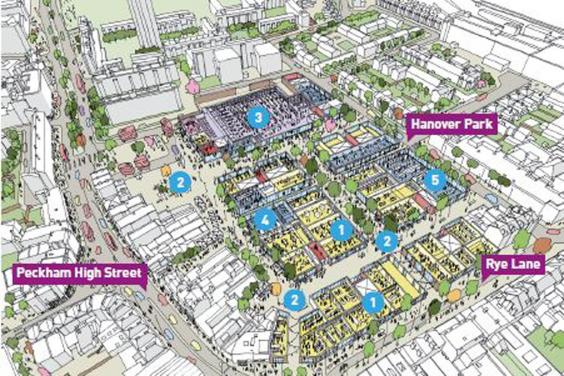 New images: Plans for the redevelopment of the Aylesham Centre in Peckham (London Communications Agency)

“The view over London is a major draw. But that view may be threatened if a planned 20-storey building is built on the nearby Aylesham Centre/Morrison’s site.”

However, spokesman for the developers Simon Lawrence said no plans had been made as to how the buildings would be arranged.

Further consultations on high rise blocks will take place later in the year, he added.

A planning application is due to be submitted to Southwark Council next spring.

If the application is passed work is expected to be complete by 2023.