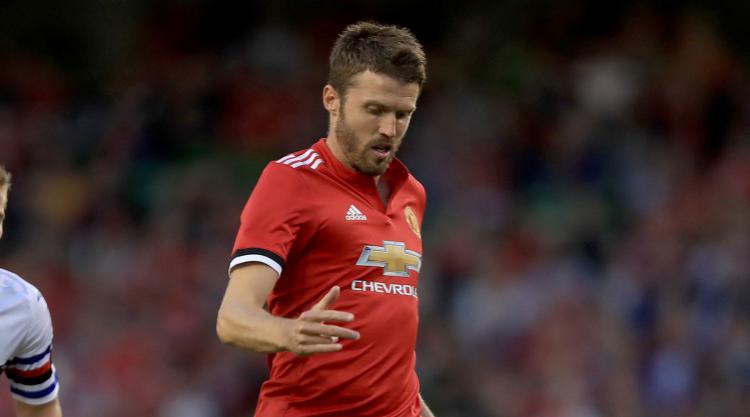 Michael Carrick is philosophical rather than frustrated as the midfielder waits to make his first competitive appearance as Manchester United captain.

However, Carrick’s elevation has not guaranteed him minutes, having been an unused substitute in the UEFA Super Cup defeat to Real Madrid and left out of the squad entirely against West Ham.

The midfielder watched his team-mates open their Premier League campaign with a 4-0 win from the directors’ box but is looking at the wider picture.

“We’ve got a great squad,” Carrick said. “It’s a long season and there will be a lot of games. Hopefully we can go far in the cup competitions.

“There will be a lot of games, just like last year and there is going to be a lot of rotation of the squad. It’s good.

“It’s a great start for us. We’re not getting carried away.

“It’s just one game but it’s a good start and we’re looking forward to the games ahead.”

Carrick only needs to look at last season to know the chances will come, going on to make 38 appearances in all competitions having found opportunities hard to come by at the start of the campaign.

Few foresee the midfielder making as many appearances this season – a campaign Mourinho says is “probably” the midfielder’s last at the club – but his leadership role is crucial.

“It’s a big honour for me, it’s very special to be in the position I am,” Carrick said of the captaincy.

“It probably comes with me being here for quite some time now and being the oldest in the squad. It doesn’t really change an awful lot from day-to-day.

“It’s nice to be in the position. There’s obviously more responsibility but I think that’s a natural thing.

“You’ve got to try to lead in certain ways but I’m just trying to be myself.

“You can’t suddenly change because you’re put in a different role. You just got to be yourself and respect all the lads like I do.

“It’s a tremendous feeling (to lead the team out). It’s hard to explain that feeling. It’s a tough one to explain but it’s a very nice feeling to have.”