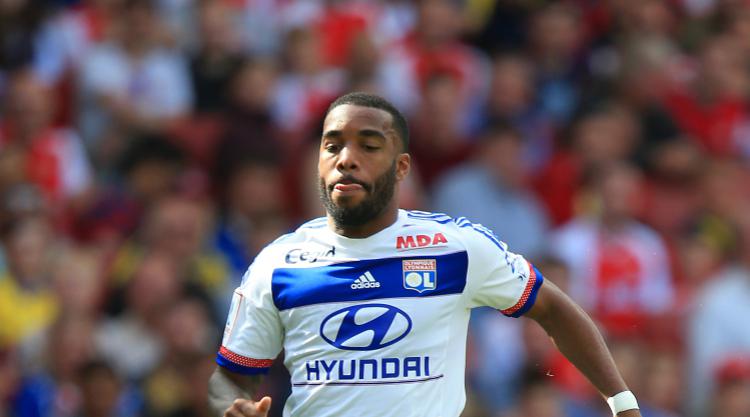 New Arsenal striker Alexandre Lacazette cannot wait to link up with the likes of Alexis Sanchez and Mesut Ozil to help fire the Gunners back into Premier League contention next season.

The 26-year-old finally completed his protracted transfer from home-town club Lyon late on Wednesday afternoon, the official announcement made via a series of video clips on Arsenal’s social media channels.

Lacazette has signed on a “long-term contract, for an undisclosed fee”, which is understood to be a five-year term which will be a club-record deal to surpass the £42.4million paid to Real Madrid for Mesut Ozil in 2013 and could end up as high as £52million.

The 26-year-old is determined he can add a cutting edge to a squad which failed to finish in the top four of the Premier League for the first time in Arsene Wenger’s 20-year reign, although did go on to lift the FA Cup with victory over champions Chelsea at Wembley.

“I am of course delighted and very proud too because Arsenal is a legendary club. Throughout my childhood, thanks to Thierry Henry and other French players, I always dreamed of playing for this club so today that dream has been fulfilled,” Lacazette said in an interview with Arsenal Player.

“Arsenal is also the club which plays the best football in England, so I really wanted to come here.”

Lacazette continued: “When I play I like to use my pace and to link up with my team-mates. As a forward of course I like to score goals, but that is not all that I am about.

“I love good flowing football where the whole team is engaged. First of all you need to have players behind you who pass the ball well, resulting in good goalscoring opportunities.

“I want to do everything I can to make sure we win titles.”

Gunners boss Wenger is in no doubt of what Lacazette can add to the squad.

“We are very happy to have Alexandre join our group. He has shown over a number of years that he can score goals and that he is a very efficient finisher. As well, he has very interesting technical qualities and a strong character,” Wenger said on the club’s official website.

“He is a guy who is a great addition for us, and someone who will help us challenge at the top level this season.”

Lacazette is expected to be part of the squad which heads to Australia and then China on tour this weekend, with a home debut likely in the Emirates Cup at the end of July.

The arrival of Lacazette may have bolstered the Gunners attack, but it also casts doubt over the future of fellow France international Olivier Giroud, who has been linked with a Â£20million move to both Everton and West Ham.

Arsenal also are looking to tie down key men Sanchez, linked with Manchester City, Chelsea and Bayern Munich, as well as Ozil, both of whom have just one year left on their current deals.