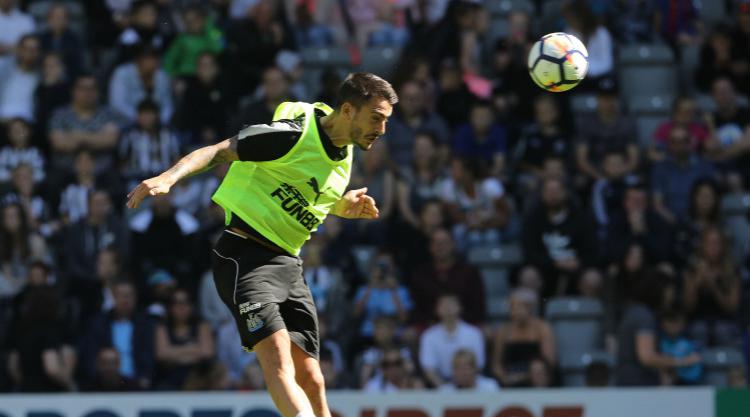 Rafael Benitez put his Newcastle players through their paces in front thousands of fans as the club staged an open day at St James’ Park.

Around 5,000 supporters attended the event under bright sunshine on Thursday and got a first look at new signing Joselu.

The 27-year-old striker, who completed his £5million move from Stoke on Wednesday, trained with his team-mates, as did Jonjo Shelvey, who will not play again until September 10 because of suspension after being sent off in Sunday’s 2-0 home defeat by Tottenham.

He said: “It’s massive. I can’t thank them (the fans) enough because as players it does mean a lot when you travel down to London, you have got a massive following and sell-outs everywhere.

“It means the world the fans. I get disappointed when we can’t perform on the pitch because I feel like we’re not giving them anything back.

“That’s why I always try to give my all. They deserve everything.”

Defenders Florian Lejeune and Paul Dummett were conspicuous by their absence as they continued their recoveries from ankle ligament and hamstring injuries respectively.

Benitez needs to find replacements for both – as well as Shelvey – ahead of Sunday’s visit to Huddersfield, who announced their arrival in the top flight with a stunning 3-0 victory at Crystal Palace on Saturday.