A hungry pack of reporters champing at the bit to grill the new White House press secretary were left fuming when she wasted precious time reading out fan mail instead.

Newly appointed Sarah Huckabee Sanders read a series of letters from Trump supporters, instead of allowing herself to be questioned over Trump’s ban on transgender people in the military.

Ms Sanders’ PR stunt to honour the “forgotten men, women and children” the President is fighting for, she said in the first press conference since a ban on TV cameras was lifted at the White House press room.

She read out one letter, said to be written by nine-year-old Trump fan Dylan.

His letter was a ringing endorsement of Trump, “his favourite president.” 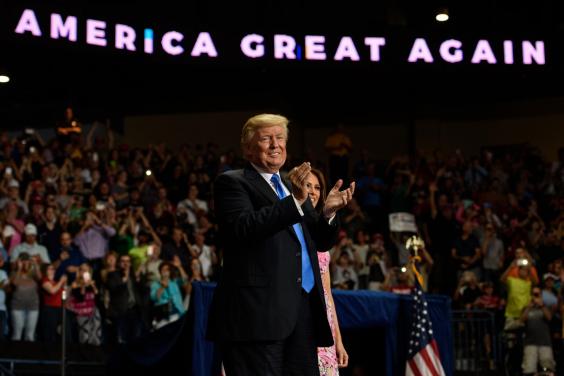 The letter read: “My name is Dylan but everybody calls me Pickle. I am nine years old and you’re my favourite president.

The letter also asked: “How much money do you have?” Ms Huckabee Sanders laughed and responded: “Dylan, I’m not sure but I know it’s a lot.”

Next, the letter said: “I don’t know why people don’t like you”, to which Ms Huckabee Sanders commented: “Me neither, Dylan.”

In bizarre scenes in the White House press room, Ms Huckabee read aloud the boy’s request to make friends with the president. Sanders said: “I’m happy to say I directly spoke to the President, Dylan, he would be more than happy to be your friend.” 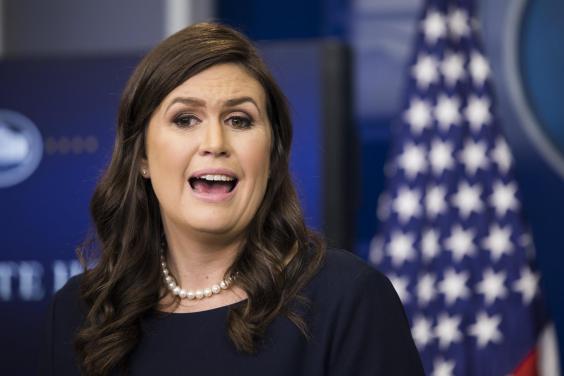 It concluded: “My picture is in here so if you see me you can say hi. Your friend, Dylan.”

In another stunt designed to appease to the packed room, she announced that the president gave his second quarter salary of $100,000 to the US dept of education.