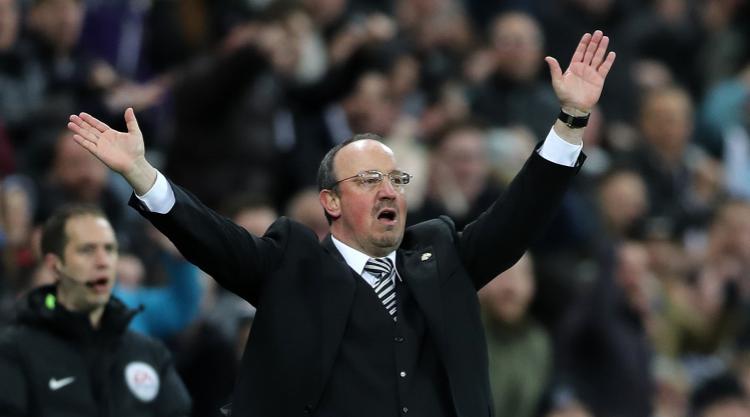 Newcastle manager Rafael Benitez has been landed with a misconduct charge from the Football Association following comments made about the appointment of Andy Madley as referee for the match against Preston.

The Spaniard had raised the issue of Huddersfield-born Madley taking charge of what was at the time a crucial game in the promotion race when Preston visited St James’ Park on Monday April 24, which Newcastle went on to win 4-1.

Madley was born in Huddersfield and his home-town club were then potentially still in the race for automatic promotion, which Newcastle and Brighton have since secured.

A statement from the FA on Thursday read: “Rafael Benitez has been charged with misconduct in respect of comments he made about the appointed match referee, prior to Newcastle United’s game against Preston North End on Monday 24 April 2017.

“It is alleged his comments were improper and/or brought the game into disrepute contrary to FA Rule E3(1). He has until 6pm Tuesday 9 May 2017 to respond to the charge.”

Social media had been awash with conspiracy theories, and Benitez admitted in his pre-match press conference h e had been “really surprised with the assignation”.

The Spaniard said: ”I was really surprised with the assignation, but we have to trust the referees. We haven’t had too much luck this year with some decisions, but I have always a lot of respect for the referees.

”I know it’s a difficult job. Hopefully everything will be fine and nobody will be talking about the referee at the end of the game.”