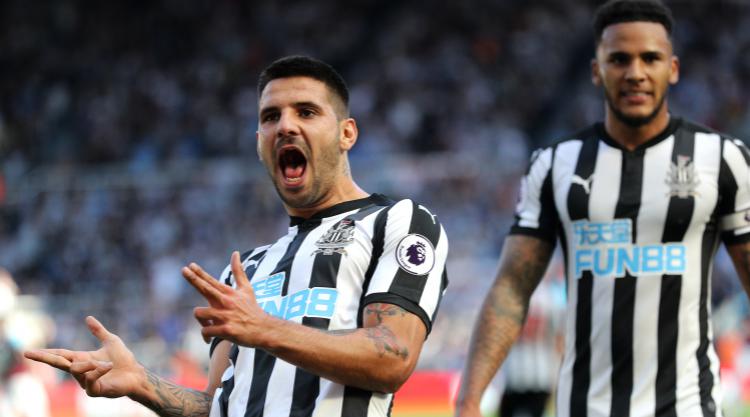 Mitrovic appeared to catch Lanzini with an elbow during Newcastle’s 3-0 win over the Hammers on Saturday.

The Serbia international has until 6pm on Wednesday to respond the the charge.

A Football Association statement said: “Aleksandar Mitrovic has been charged for an alleged act of violent conduct which was not seen by the match officials but caught on video.

“The Newcastle United forward was involved in an incident with West Ham United’s Manuel Lanzini in the 80th minute of the game on Saturday. He has until 6pm on 30 August 2017 to respond to the charge.”

Neither referee Neil Swarbrick nor his assistants spotted the apparent clash, but television replays brought it to light.

Three former elite referees will consider the evidence and punishment will follow if they unanimously decide a sending-off offence was committed.

Mitrovic faces a three-game ban if he either admits or is found to have committed the alleged offence.

The striker, who cost Newcastle Â£14.5million when he joined them from Anderlecht during the summer of 2015, was sent off in his fourth Premier League appearance for a challenge on Francis Coquelin, and then again in the final game of the same 2015/16 season for a nasty foul on Kyle Walker.

He played a largely peripheral role during the last campaign as Dwight Gayle led the scoring stakes in the club’s successful promotion bid.

There has been speculation for much of this summer that the former Partizan Belgrade player would be sold, but despite a series of enquiries, he remains on the books with manager Rafael Benitez desperately trying to re-shape his squad during what remains of the transfer window.