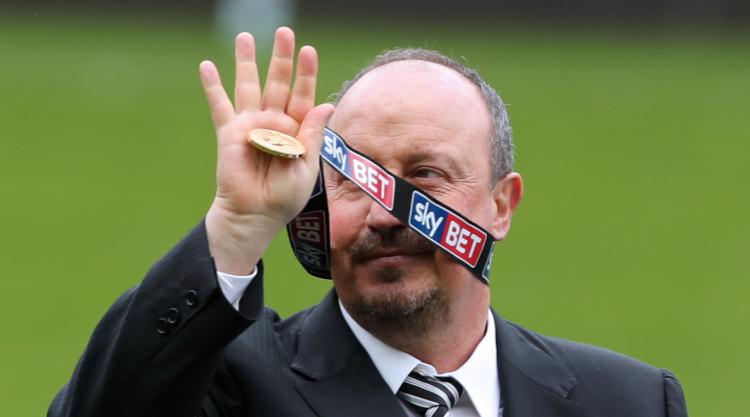 Florian Lejeune thought he was the victim of a prank when Rafael Benitez called him to offer him the chance to join Newcastle.

The 26-year-old central defender completed an £8.7million switch from LaLiga outfit Eibar earlier this week after belatedly realising the call was genuine.

Lejeune said: “Getting a call from Rafael Benitez was absolutely amazing, and I could only say yes. It was like a dream.

“When I got the call, I thought it was a prank so I didn’t say anything. After a few hours, I said, ‘Yes, that’s Rafael Benitez’, so I had to say yes.

“He was very important to my decision. For many years, my career was going up and down and up and down.

“He’s a great coach. Everyone knows him and he has won lots of trophies – that is Rafa Benitez. Newcastle is a very big club with a fantastic history.

“As soon as Rafa phoned me, we had a good discussion and there was no question about whether to come or not.”

Lejeune was signed by Manchester City during the summer of 2015, but never kicked a ball in anger for them as he was loaned out to Girona before joining Eibar 12 months ago.

As a result, he is yet to sample Premier League football and is relishing the opportunity to do that with the newly promoted Magpies.

He said: “It’s always been a dream. I have played in Spain and France, and everyone was telling me that the English league was very important and very intense.

“I really wanted to come and play here, and hopefully I will be able to prove that I am worth it.”

Lejeune’s switch to England came just days before friend and former Newcastle target Alexandre Lacazette followed suit by completing a Â£44millon switch to Arsenal from Lyon, and the defender is confident the Gunners have invested wisely.

He said: “We are very good friends. We have been friends for many years and the fact he has signed with Arsenal is no surprise to me.

“I have always known he was a great forward. In the past, he was often the best player in the team.

“They have signed a goalscorer – in the last three or four years, he has been putting in at least 20 goals a season, so he is definitely a goalscorer.”